During centuries of European global exploration, the ‘Tropics’ were synonymous with disease and death. The Caribbean’s Mosquito Coast got its name for a reason. West Africa was notoriously dangerous; European ships seeking to buy slaves along the coast came to expect a high mortality rate amongst their crews. The riches Europe sought from Africa, the Americas and the Far East were deadly in more ways than one. A visit to any country where Europeans established trading posts, and later colonies, inevitably leads a modern-day tourist to the cemetery. 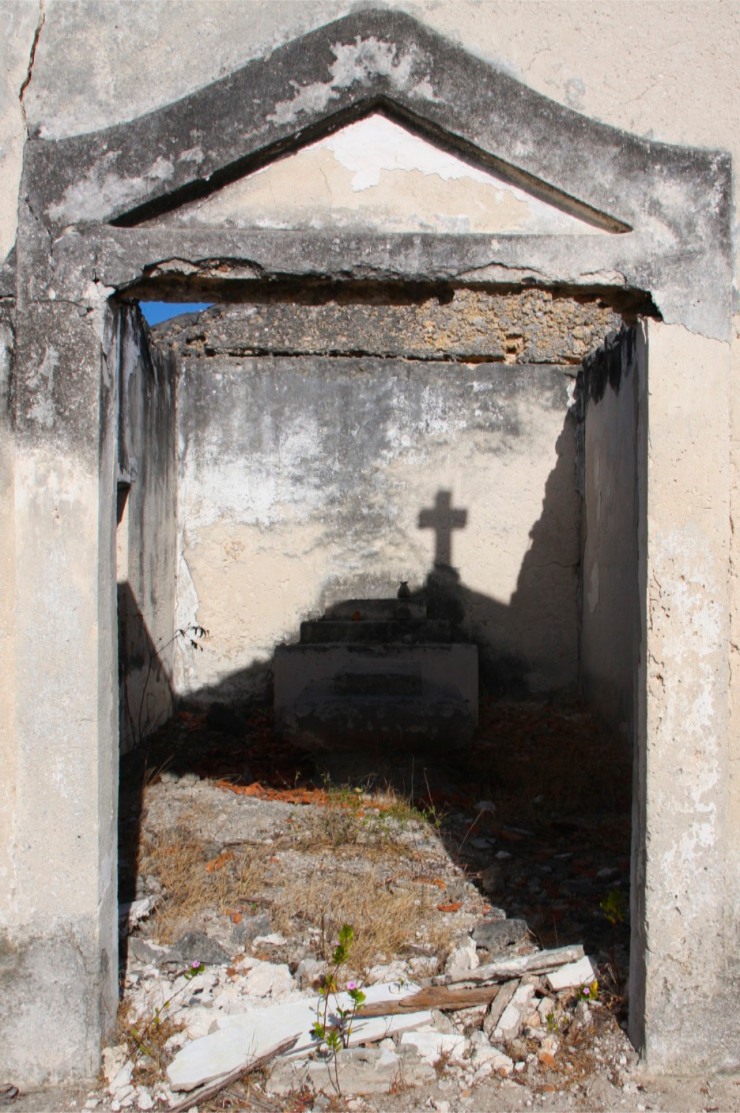 Life was fragile for men, women and children who found themselves transported from the temperate climes of Europe to the Tropics. Pondering the fates of people who came half way around the globe, only to die in some remote outpost long forgotten by history, has become something of a pastime over the years. In India and Sri Lanka I visited dozens of old British cemeteries, marvelling at the final resting places, and causes of death, of people who came from my own country. On Ibo the cemetery is a dusty, decaying symbol of the fate of Portuguese colonialism.

Walking away from town down a dirt road, I found myself alone at the small but atmospheric cemetery. Many of the graves date back several hundred years, and interestingly there are French, Chinese and Arabic inscriptions on the graves in addition to Portuguese. Sadly, the cemetery is in a spiral of decay from which it is unlikely to recover – not dissimilar to its inhabitants.

While many would-be rulers of Ibo only left the island for the long, cold sleep of the grave, today there are easier ways to leave the island’s charms behind. Walk another kilometre beyond the cemetery and you suddenly find yourself in the middle of a long narrow clearing. Several footpaths are worn into the grass, and the occasional goat makes an appearance, but there is no mistaking that this is Ibo’s airport. Since we arrived by boat, we decided to leave by air.

The short, stimulating flight in a tiny four seater plane, starts at the ‘terminal’, complete with ironic graffiti. You can hear the plane long before you see it, and when it does come into view it looks ridiculously small. There is little need for airport security on Ibo, so we threw our bags on board and fastened our belts for take off. The pilot swung his plane around to give us a spectacular view of Ibo and Quirimba Islands, before heading for the mainland. It was a wonderful experience, although landing at Pemba’s airport in a tiny plane was vaguely ridiculous.

Leave a Reply to A. Mittal Cancel reply