It’s not difficult to see why Ghent has a reputation as a top destination. It’s chock full of beautiful medieval buildings, relaxed squares, excellent restaurants, good museums and several dozen bars stocking hundreds and hundreds of different Belgian beers. It was here I heard the phrase ‘beer tourism’ for the first time. The town is supposed to have some of the best bars in the country. It seemed rude not to try a couple.

Ghent is an architectural ‘moveable feast’. The city has more than its fare share of medieval buildings, particularly around the historic centre of the Graslei harbour. All this fine architecture is the result of Ghent’s stranglehold over the medieval textile trade, which flooded the city with riches. For a time, in the Middle Ages, Ghent was the second largest European city after Paris.

Ghent’s wealth and power made it independent, so much so that the Holy Roman Emperor, Charles V, himself born in Ghent, decided to teach the townsfolk a lesson in humility. Not for nothing are the good people of Ghent known as Stroppendragers, or ‘noose wearers’. Charles V’s less than subtle response to Ghent’s refusal to pay tax was to have the most prominent citizens paraded before him, barefoot and wearing nooses.

That the town’s people proudly adopted the name Stroppendragers should tell you a lot about them. That independent spirit lives on and Ghent feels like a town that cares little for what others think of it. The large population of university students adds to that, although in August students are definitely outnumbered by tourists. 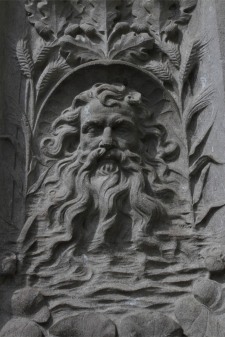 After a coffee at one of the restaurants overlooking the Graslei, I headed to the imposing Belfry to get the lay of the land. Constructed in the early 14th Century along with the attached cloth hall, the Belfry is an UNESCO World Heritage Site. At 91 metres in height, and more steps than you’d care to count, the views from the top are spectacular. Luckily, there’s an elevator to take you up.

This area is home to an array of extraordinary buildings. Around the Belfry are the giant Stadhuis, with a strange mix of Gothic and Renaissance architecture; the beautiful St Bavo’s Cathedral, home to van Eyck’s masterpiece The Adoration of the Mystic Lamb; and the equally dramatic St. Nicholas’ Church. It’s quite a triptych of buildings.

For a bit of contrast to the grand architecture I walked over the river to the narrow cobbled streets of the medieval Patershol district. The buildings may not be so grand but the district is full of beautiful houses, dating back to the 12th Century, some excellent restaurants and well stocked bars. I decided to come back to have dinner here, at night the area is very atmospheric.

On my way out of the Patershol I discovered the 12th Century Gravensteen. Castles don’t come much more picturesque than this. Towering over the moat are fairytale turrets guarded by arrow slits; it’s straight out of a Disney film. Remarkable to think that in the 19th Century it was turned into a cotton mill. Adding to the drama, the castle stands in the middle of the town. 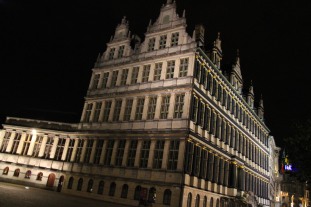 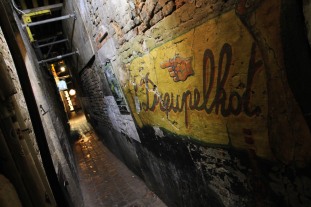 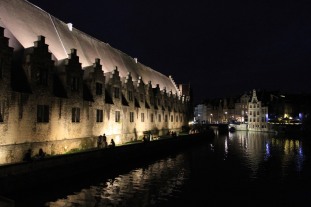 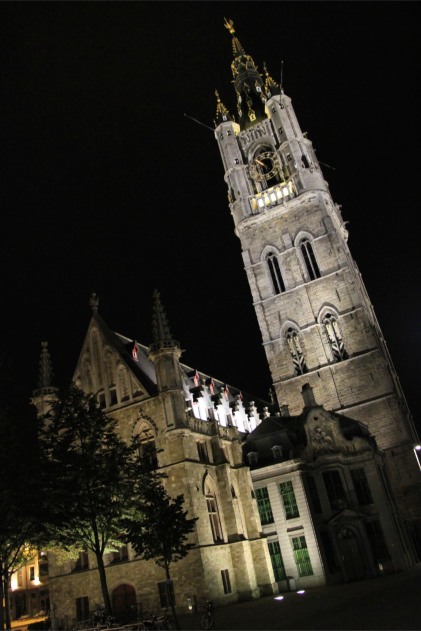 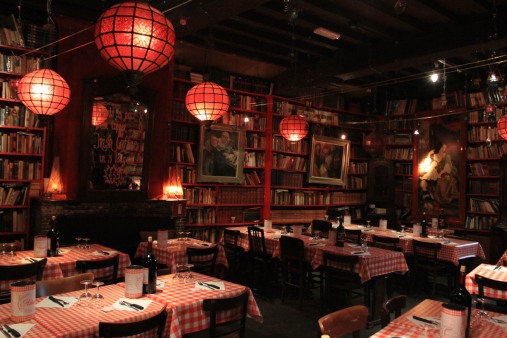 I may be painting Ghent as little more than an open museum, but that would be unfair. This is a town with a pulse, actually a thumping heart, and on a warm summer night the streets buzz with activity. There are good restaurants and more bars and cafes than you can shake a stick at, my guidebook claimed over 280, several had live music.

3 thoughts on “Historic Ghent, all day and all of the night”