I’ve only been to Miami twice in my life, and the first time I was just passing through on my way to ‘The Keys’. I spent less than half a day in the city that first time, but it left a profound impression on me. It was, and remains, the only place in my life I’ve ever seen a person standing at the side of a busy road with a sign reading, ‘Will Work for Food’. In 1981, Time Magazine ran a story titled ‘Trouble in Paradise’ recounting the descent of South Florida from a paradise for winter sun-seekers to gangster paradise. That year the FBI rated Miami the most crime-ridden city in the United States.

That epithet was bestowed on Miami the year after the Mariel Boatlift. This second wave of Cuban migrants brought 125,000 mainly poor Cubans to South Florida, and completed a process of Latinisation of Miami that changed the city for ever. Much changed for the better, something’s got a lot worse. I passed through in the spring of 1989 after an eventful Spring Break in Naples, Florida. Miami in the late 80s was a playground for Cuban and Colombian drug gangs, the murder rate was eye-watering, and this reputation persuaded me to skip the city in favour of a Hemingway pilgrimage to Key West.

My second visit was many years later, and while organised (and not so organised) crime still holds sway in the city, it felt a lot more prosperous and a lot safer. I know it’s a cliche, but Miami really isn’t like anywhere else in the United States. It often doesn’t feel like you’re in the United States. We found ourselves in Miami on an enforced stopover thanks to cancelled flights, but never look a gift horse in the mouth as the old saying goes. With only a couple of days in a city like Miami you have to prioritize. We prioritized South Beach.

Miami’s South Beach is not dissimilar to Las Vegas, by rights it shouldn’t exist. At the start of the 20th century it was just a sandbar and failed coconut plantation. That all changed with the arrival of the railway and two Miami businessmen, the Lummus Brothers, who bought a large tract of land with a vision of turning it into a ocean-side community. There have been ups and downs over the last century, but that sandbar is now one of the most expensive bits of real estate in the United States.

Joining elderly power walkers (no cliche left unturned in Miami) for a stroll down the beach in the early morning before hordes of sun worshipers arrive, is a great way to appreciate the natural charms of South Beach. Eventually you reach the glorious Art Deco district on the legendary Ocean Drive. This collection of 1920s and 30s buildings harks back to a period of high-end tourism when the great, the good and the not so good (Al Capone had a house here) made South Beach famous. It’s pretty during the day and pulsating at night. 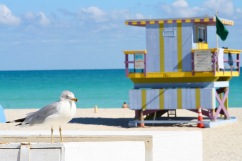 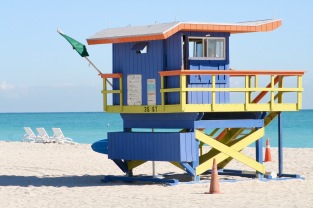 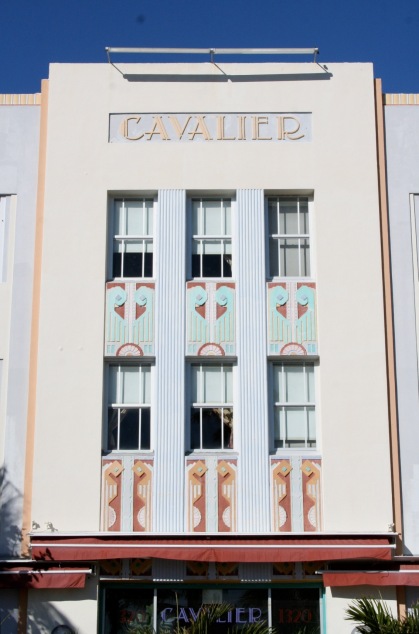 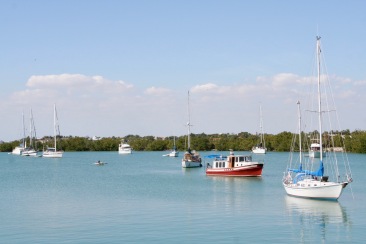 We spent most of our time in South Beach, but in this Cuban-infused city you have to make at least one side-trip. If you’ve been to Havana, Cuba, then Miami’s Little Havana is a big disappointment architecturally. As the epicentre of Latin culture in Miami though, it has a vibe like nowhere else – and great restaurants, cafes, bars and clubs. We didn’t have time to explore the area, but ventured out from South Beach one early evening to drink cocktails and eat Cuban food in a neighbourhood where Spanish is most definitely the primary language.

Miami is a city you need time to get to know, and Little Havana is just one area that needs a return visit. Inexplicably, the morning after our visit to Little Havana, we exchanged the mean city streets for the terrifying swamps of the Everglades National Park. I’ve wanted to visit this extraordinary area of South Florida for ever. Remarkably, only a couple of hours from downtown Miami you can be in the heart of the park marvelling at more sun worshipers – these ones are prehistoric.

I’ve heard the difference between the US and UK legal systems described thus: in the US you only do something once you’ve been told you can, while in the UK you can do something until someone tells you you can’t. Despite its maverick facade and absurd gun laws, I’ve always thought of the US as a rule following, law abiding place that errs on the side of caution. None of which explains why you’re allowed to hire a bike and cycle through alligator-infested swamps only a few feet away from prehistoric killing machines.

This is the sort of thing for which rules seem to be designed. Yet at Shark Valley (not an inspiring name for casual recreation) you can go on a 15-mile loop that brings you up close and personal with sizeable alligators. Correctly motivated, an alligator can move very quickly. I was glad I had a bike, in a tight spot I’d at least be able to outpace the fools who were hiking the loop. In truth, it was a great experience, and we saw dozens of baby alligators. Plus, Miami felt far less scary after this brush with death.

7 thoughts on “Beachcombing in the Magic City”