Bad Muskau had been on my list of places to visit even before we knew we’d be leaving Berlin. Not only is it the home of an UNESCO World Heritage Site, but it’s also one of those German towns that in 1945 suddenly found itself on the newly drawn border with Poland. The Lusatian Neisse, the river that for centuries flowed through Bad Muskau, became the new international border cutting the town in half.

The new border also sliced Muskau Park in half, while the German part contained the castle and other historic buildings, the larger part was in Poland. This labour of love was the creation of Prince Hermann von Puckler-Muskau, who between 1815 and 1845 oversaw construction of a masterpiece of landscaping. It quickly became one of the most celebrated ‘English’ parklands in Europe.

It’s also massive. A full day allowed me to cover only a part of a park that contains areas of dense woodland, sweeping meadows, lakes and pleasure gardens. The heart of it all is the utterly wondrous New Castle, built to look like a medieval fortress. Hermann von Pückler-Muskau was a pioneer in the art of landscaping, his book, Hints on Landscape Gardening, was hugely influential in Europe.

Three decades of obsessive development of the estate drained his finances though, and when his debts became unsustainable he was forced to sell it to Prince Frederick of the Netherlands, a relation of the King of Prussia. The estate remained in aristocratic hands up to the end of the Second World War, but as the Russian armies approached in 1945 the owners fled West. 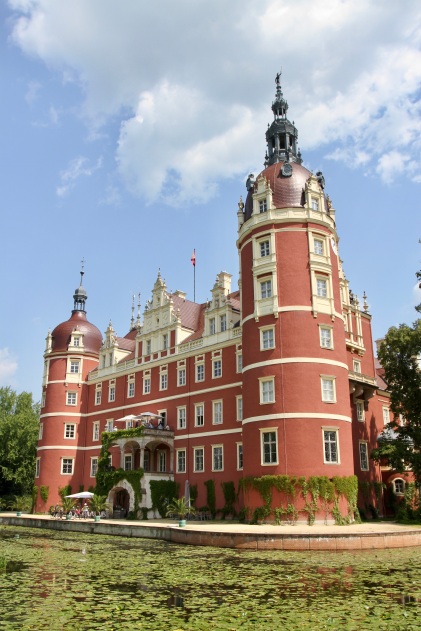 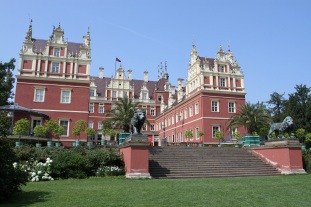 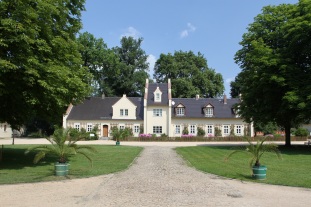 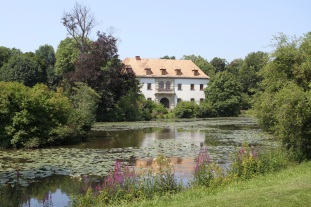 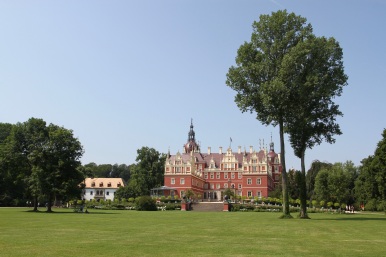 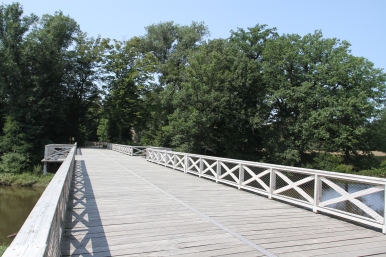 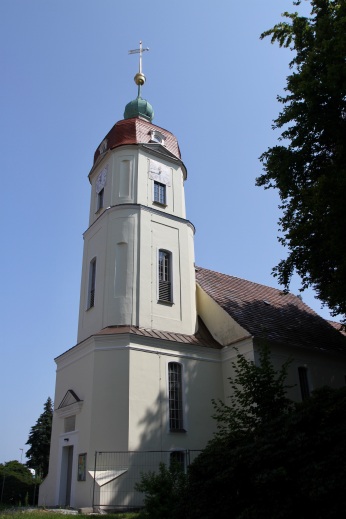 The Battle for Berlin at the end of the war saw heavy fighting in Bad Muskau, around seventy percent of the town was destroyed and the New Castle was gutted by fire. It remained little more than a shell until 1988, when work to restore it began. During that same time, while the park to the west was well maintained, the Polish lands were allowed to run wild.

It took many years, and international cooperation, but the fully restored estate was added to UNESCO’s list in 2004. I first visited the most westerly portion of the estate, a forested area with an azalea and rhododendron park. It is also where one of the estate’s most iconic sights is found, the Rakotzbrücke, or The Devil’s Bridge. Its perfectly reflected arch attracts a constant stream of Instagram aficionados. 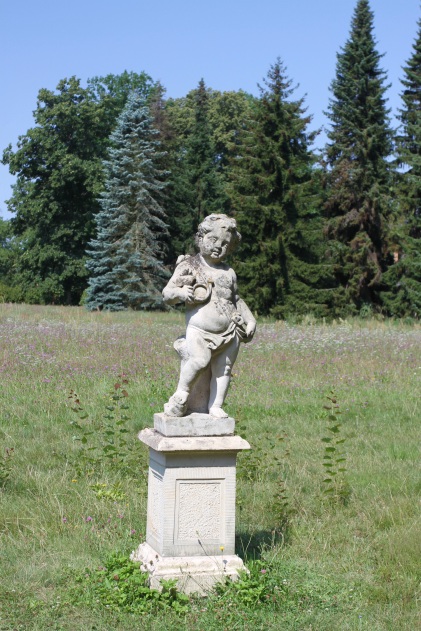 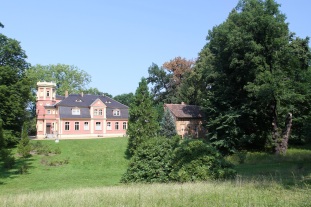 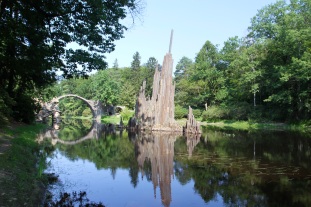 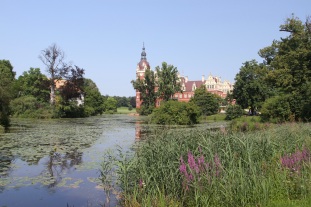 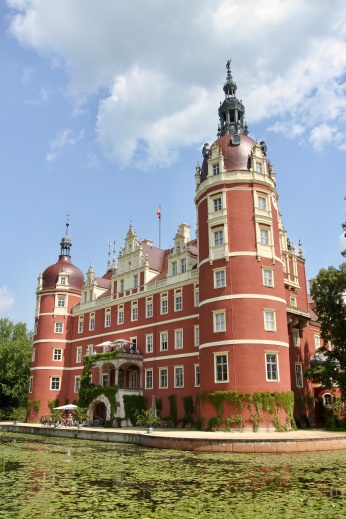 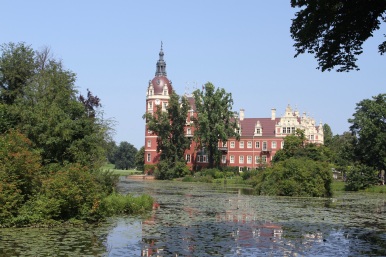 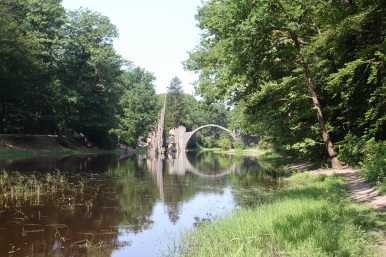 It was a hot, humid day, but wandering the paths through the quiet woods was a real pleasure. The trees hide a number of 19th century surprises, including grottoes and statues. There’s even a narrow gauge railway running through the park. I made my way to the small town of Bad Muskau and into the formal grounds surrounding Schloss Muskau.

The moment you set eyes on the castle you understand why this is the busiest part of the park. It’s a glorious building, wonderfully reflected in the surrounding lake. People were picnicking, and it was clear that many had popped over the border from Poland. I found the Doppelbrücke, or Double Bridge, that straddles the River Neisse between the two countries and crossed into Poland.

Here the park opens up. Climbing the gentle incline into Poland provides sweeping vistas across the estate. I followed the river on the Polish side until I reached the English Bridge, crossed back to Germany and headed back to Bad Mustau. The town itself is small and would barely be worth stopping for but for the extraordinary creation of Prince Hermann von Pückler-Muskau.

Heinrich Heine described him as the “most fashionable of all eccentrics” – he was a renowned traveller as well as landscape garden obsessive. A day spent immersed in his vision-turned-reality in Muskau only confirmed Heine’s view of him.

4 thoughts on “Bad Muskau, an eccentric’s vision on the River Neisse”