Antwerp is a fascinating place. I had a free day and wanted to explore the area and museums around the old docks that I’d missed during our first trip here. This is one of the most historic parts of the town and is going through a ‘regeneration’. Restaurants and bars have sprung up on the side of wharfs that Napoleon ordered built; a couple of truly great museums are also found down by the docks.

The new and dramatic MAS museum is a symbol of the changes sweeping the area, but the Red Star Line Museum was my destination. In these dark days of European intransigence in the face of the tens of thousands of men, women and children fleeing war, terror and persecution in the Middle East and Africa, the history of Europe’s own mass migration struck a chord with me.

The Red Star Line Museum is a microcosm of European history in the 19th and 20th Centuries. It offers a lesson to modern-day Europe about the plight of desperate people who want nothing more than the opportunity to improve their lives. The museum is, more than anything else, the story of how millions of Europeans fled the continent to seek opportunity elsewhere.

In the poisonous atmosphere of contemporary European politics, and the hate-filled anti-immigration mantras of the right, politicians should be compelled to confront the history told in the Red Star Line Museum. This was, after all, the place from which Albert Einstein departed Europe in 1933.

The museum has a photograph of Einstein and the letter the wrote resigning from the Prussian Academy of Sciences when the Nazis came to power. A letter he wrote while on a Red Star Line ship sailing to Antwerp. Einstein fled anti-Semitic persecution, as did many Eastern Europeans who suffered pogroms long before the Nazis came to power; many others were simply seeking economic opportunities that Europe couldn’t offer.

Between 1873 and 1935, Red Star Line ships transported around 3 million Europeans to a new life for themselves and their families in the United States and Canada. Today over 30 million US citizens can trace their origins back to the Red Star Line buildings in Antwerp.

A visit to the museum is an emotional experience, and the details of life on board these giant ocean liners is intimately told. Trust me, you didn’t want to be travelling in 3rd Class, but that’s all most people could afford. After a sobering and thought-provoking time at the Red Star Line, I headed into Antwerp’s medieval centre for some lunch and to wander its busy and entertaining streets. 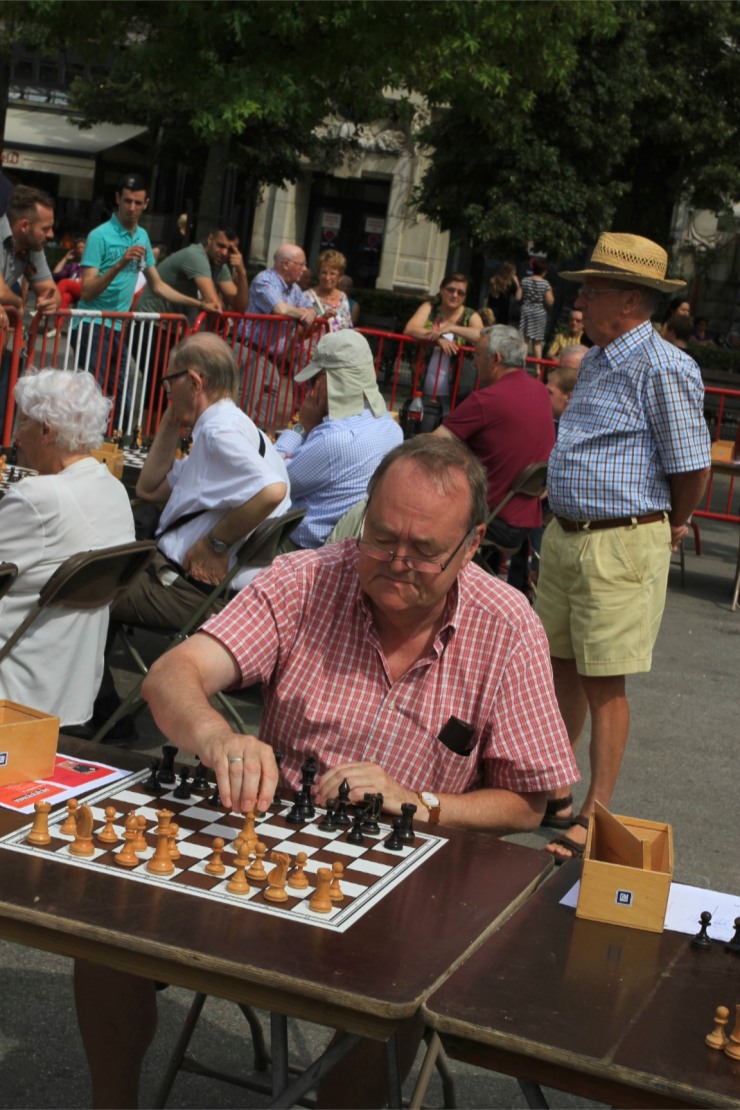 Antwerp is most famous for being the world’s largest diamond trading centre. Around 84 percent of the world’s rough diamonds pass through here, but this is a city that is full of surprises. The last time I was in Groenplaats, one of the city’s buzzing squares, there was a food market. This time there was a chess competition and several Hen parties, which made for an interesting contrast.

There is so much history, culture and life in the city that a day or two really doesn’t do it justice. Walking Antwerp’s atmospheric cobbled streets, sitting in peaceful cafes in hidden squares and admiring the historic architecture, are just some of the pleasures of this ancient city. Throw in wonderful food and an endless variety of Belgium beers, and you’ve got a winning combination. I’ve started planning our next trip already.