The trip through the magnificent scenery of the Côte des Blancs Champagne Route starts, appropriately enough, along Épernay’s Avenue de Champagne. The rest of the journey from Épernay to Sézanne is just as glorious as the champagne mansions you pass leaving Épernay: rolling green countryside filled with neat rows of vines, and dotted with villages that are home to numerous small champagne producers.

Almost all the grapes along this route are of the green-skinned chardonnay variety, rather than the purple-skinned pinot noir and pinot meunier varieties that can be found in the Marne Valley. The chardonnay grapes here are considered some of the best in Champagne, many falling into the superior Grand Cru category. Here the grapes go to make some of the finest champagnes available to humanity.

Although the route is well marked with road signs, we still managed to get lost moments after leaving Épernay. We found ourselves in the small village of Monthelon and, while trying to find our way back to the route, we passed the champagne house of Marcel Richard three times. Coincidence? We thought not and decided to stop to sample some of their fizzy delights.

We took a seat in the lovely sun-filled patio and chatted to the Dutch and English speaking Belgian woman who worked there, whilst tasting five different champagnes. Marcel Richard has a couple of hectares of vines and buys additional grapes from a collective in nearby villages to make only 22,000 bottles of champagne a year. That is a tiny amount compared to some producers, but it was so good we left with six bottles. 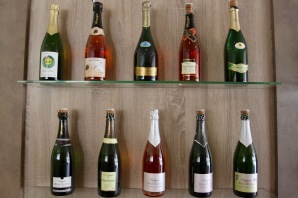 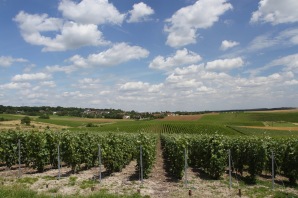 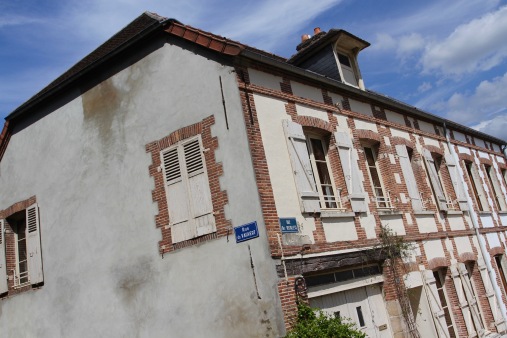 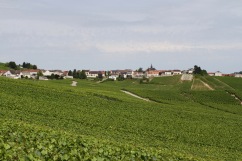 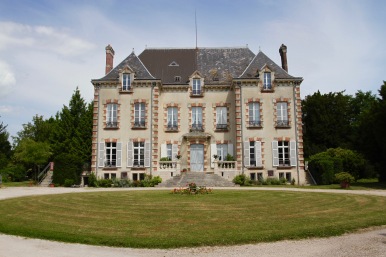 Back on the route towards Sézanne, we were soon passing through picturesque countryside and picture-postcard perfect villages once more. This really is a spectacularly beautiful region. Before long we passed the giant champagne bottle that guards the entrance to Cramant, a village of a few hundred souls that is famous for only having Grand Cru vineyards.

The villages of Avize and Oger passed by, although not before a detour to see the champagne bottle pouring liquid into a glass on the hillside. The whole region is dotted with these slightly odd symbols of champagne making. Sometimes you’ll see old wine presses, other times large wooden barrels and, on special occasions, giant champagne bottles. They’re a bit kitsch, but a lot of fun.

Eventually we stopped in Vertus, a pretty little town with a fantastic church, the Église Saint-Martin, dating from the 11th Century. It was midday and hot, as we walked around the attractive streets there were no people to be seen. Eventually we found the main square, and a few people escaping the heat of the day in a couple of cafes. Refreshed we set off south once more.

I don’t remember where we were when we first saw it, the gigantic megalith-like statue standing on a ridge, but we quickly decided it needed investigating. What looked like a huge slab of sandstone turned out to be the rather beautiful Monument National de la Victoire de la Marne. Standing at 35.5 meters in height, it commemorates the First Battle of the Marne in 1914, which played out in the marshlands in the valley below.

The battle is one of the most important of World War I, and is credited with saving Paris from capture and turning the tide against the German army. It was here that Marshal Joffre gave the order to his troops to attack or to die holding their positions. It ended victory for France, but came at the cost of over a quarter of a million casualties, including 80,000 dead. A similar number of Germans were injured or killed.

There is a small museum on the site but it was closed, so after looking around the church and cemetery we got on our way towards Sézanne. By this time the landscape had begun to change, and we’d largely stopped seeing vineyards. They still exist in this part of Champagne, but not in such densities as further north. We stopped briefly in Sézanne, which has a pretty medieval centre, and then headed for Troyes …