P.J. O’Rourke, the right wing political satirist, once made the observation that if you don’t like your city cluttered with advertising billboards, try looking at what they hide. This thought occurred to him when he was a foreign correspondent in the concrete brutalism of communist-era Warsaw. A time when, not only were there no billboards to hide the ugliness of the architecture, but there was nothing actually worth advertising.

You could take a similar view of street art. It may not be to everyone’s taste, but would you prefer your city with only bare brick and concrete? When I lived in London, I daily walked past Banksy’s Girl with a Red Balloon on a building near my flat in Hoxton. It was a sight to uplift the weary traveller. That was, until the building’s idiot owners painted over it. For several years it remained faintly visible underneath the whitewash.

Seeing a huge piece of urban art can be breathtaking. It’s rare to see art on such a grand scale anywhere else, and Perth has done much to encourage artists to use the blank spaces of the city as a giant canvas. In the Northbridge area of the city there are a number of large pieces of artwork adorning buildings. The result is often spectacular, rarely less than exciting.

Without getting too philosophical, street art on the scale that Perth has promoted it changes the way people interact with the city. It goes way beyond adding a splash of colour to an otherwise dreary urban landscape; it can become a focal point for communities and bring a new vibrancy to neighbourhoods. For residents and visitors alike, it becomes an interactive experience that makes exploring the city more fun. 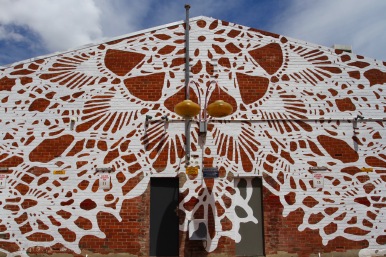 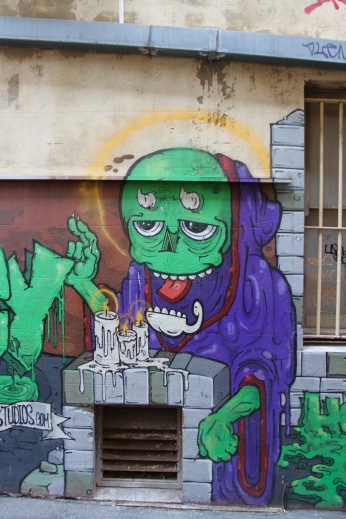 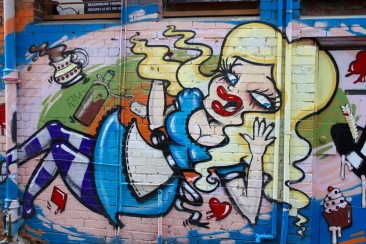 The Goose and the Girl, Northbridge, Perth, Western Australia 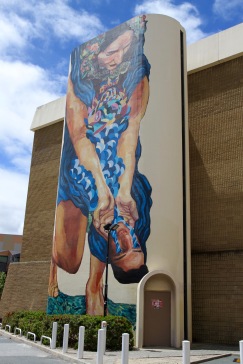 The Goose and the Girl, Northbridge, Perth, Western Australia

I won’t quickly forget the moment when I turned around and saw the massive painting of rapper MC Hunter by Australian artist, E.L.K. I almost missed this enormous work. I had my back to it and, had I carried on in the same direction, it would have passed me by entirely. The area around here has museums, theatres and art galleries, a cultural hub with lots of street art.

Nearby is Perth’s Chinatown, which is also home to numerous artworks dotted around car parks, alleyways and on warehouses. I spent a couple of hours wandering this area, stopping in at a couple of the areas many good cafes and bars. Finally, I flopped down in the shade of a tree in Russell Square, just one of the many green spaces scattered around Perth.

Not every city could achieve what Perth has done. For one thing, Perth has the advantage of an excellent climate. I’m not sure a venture like this would work so well in colder, wetter climes. It had been a good day of art hunting, and had given me a new perspective on how transformational urban art can be when thoughtfully curated. Time to sample a little of Northbridge’s famed nightlife.

3 thoughts on “Perth, a cityscape transformed”