It’s been nearly three years since I was last in London, a city I lived in for more than a decade. In a place that never stands still three years is a long time, and I was eagerly anticipating exploring some of my old haunts to see what had changed. Shoreditch, where I’d lived for all those years, was my destination, and I felt a thrill of excitement as I walked past a growing community of house boats along the canal between Islington and Hackney.

If one thing is certain in an uncertain world, it is that Shoreditch would be both familiar and alien at the same time. In the decade I lived here the area changed dramatically, but managed to retain its distinctive character. It’s location close to the financial heart of the City, and its growing reputation as London’s ‘silicon valley’, has seen a rapid new wave of gentrification – most obvious in the proliferation of trendy coffee shops, and a preponderance of men with well groomed beards and moustaches.

Despite that, and much to my relief, it still seems to have its rough edges. Not every traditional East End pub has been turned into a moustache-friendly bistro (although there aren’t many ‘boozers’ left); there are plenty of painfully trendy cycling shops that double as boutique coffee houses, but there are still shops selling bizarre collections of secondhand electronics; and thanks to a large amount of social housing, not everyone in the local community has been forced out by rising house prices. 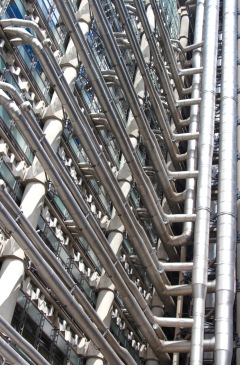 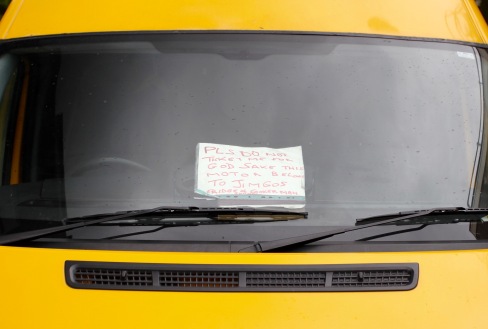 Firmly rooted in the historic East End of London, Shoreditch is famously mentioned in the nursery rhyme, Oranges and Lemons. In the 16th and 17th centuries, its location outside the City of London allowed industries that weren’t permitted inside the city to flourish in the area. Dozens of trades existed here, specialising in interior design- and clothing-related trades: tanners, cloth makers, rope makers, saddle makers, varnish manufacturers, furniture makers and haberdashers.

The area was also famous for ‘nightlife’ – it still is. The first Elizabethan theatres were built here. Shakespeare performed as an actor in a theatre on Curtain Road, and many of his plays were produced in the area. Where there were theatres, there were also ne’er-do-wells. Shoreditch gained a reputation for its dissolute and bawdy ways – not to mention high crime rate. Playwright, Ben Jonson, killed a man outside a notorious Shoreditch pub in 1598.

This heady mix of cultures attracted subversives. In the 18th and 19th centuries it was home to non-conformist religious groups, and was a hotbed of dissent. The arrival of the Industrial Revolution simply cemented its reputation for poverty and radicalism. Tightly packed with people living in slum conditions, it’s not hard to imagine the area seething with social and political injustice – and it’s no surprise that Charles Dickens frequently visited the area for inspiration for his novels.

All the slums and industry might have gone today, but at its core Shoreditch remains true to its tradition as a centre of dissent harbouring sub-cultures. The area is still a melting pot of communities and cultures. There are still seedy drinking dens with live performances ranging from up-and-coming bands to burlesque; tattoo parlours flourish; galleries showcase exciting new collections. It must be one of the most diverse areas in London.

Shoreditch is just a short walk from Brick Lane, traditionally an East End immigrant Jewish community but now home of a sizeable Bangladeshi community – and also London’s finest curry houses. The area was made famous by Monica Ali’s novel (later film), Brick Lane. I wandered down here because it’s a fascinating area, has some great independent shops, pubs with real ale and good food, and is home to one of the finest bagel shops in London.

My delicious salt beef bagel, eaten with pickles standing at a counter overlooking the street, tasted like a little piece of home. Awakening from my nostalgic daydream, I set off to hunt out some street art. This one of London’s best and most creative areas for street art … but more of that later.