I first visited Berlin in early 1988. I still recall the sense of total trepidation on the train journey across the communist German Democratic Republic to West Berlin. The Soviet Union’s new policy of Glasnost, or openness, meant travelling through East Germany wasn’t as difficult as in the past, but the Communist authorities were still very much in control. West Berlin, split into zones of control between American, British and French administrations, was a surreal place to arrive, familiar and alien at the same time.

I crossed into East Berlin through Checkpoint Charlie, it felt thrilling in a ‘Boys Own’ sort of way to pass from the American Zone into the Russian Zone. My recollections of that day trip into the East are hazy, but I have strong memories of eating sausage and drinking a beer in Alexanderplatz. Not to mention being stopped for jaywalking by a policeman – my overactive imagination envisaging ten years in the Gulag for a minor offence. In the end I was given a slap on the wrist and allowed to continue walking the streets of Mitte.

Back in the west, I walked along the wall to the still bullet- and bomb-scarred Reichstag building. It was in a desolate no man’s land and still resembled the war-torn building I remembered from pictures of the fall of Berlin in 1945. The Brandenburg Gate came with a backdrop of the Berlin Wall snaking around it. I walked down the main avenue of the Tiergarten to the Soviet War Memorial to the Russians who died in the battle for Berlin. There were Soviet soldiers guarding the monument. It all felt very permanent.

My next visit came two years later in the summer of 1990. I flew into the iconic 1920s Tempelhof airport, which in the 1930s provided a backdrop for the Nazi regime and, during the 1948-49 Berlin Airlift, became an international symbol of the Cold War. As introductions to a city go, it was one redolent of the worst history the 20th century has to offer. Luckily, I’d arrived in a Berlin that was on the cusp of momentous change – the Berlin Wall was being reduced to rubble and turned into tourist memorabilia. I have a couple of pieces of it somewhere. 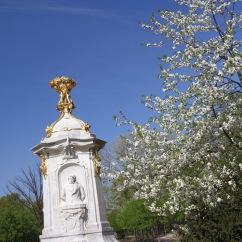 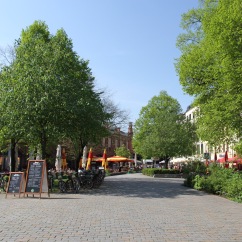 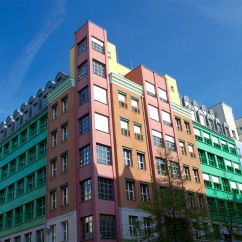 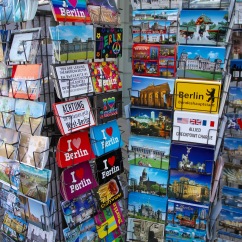 In November of 1989, mass demonstrations had forced the East German authorities to allow free movement between east and west, and by the time I arrived the dismantling of the dictatorship of the German Democratic Republic was already underway. It was an extraordinary time and place to find myself. The feeling of history changing course seemed to be everywhere and, despite the physical apparatus of the Cold War being visible, everything was different.

Berlin is a city that has fascinated me most of my adult life, and I’ve visited a few times for work and pleasure since those youthful trips. Later this year, we’ll be moving to live there, but it is a very different city that awaits us thirty years after my first visit. Today, Berlin seems firmly focused on the future, massive construction is going on across the city to accommodate a growing population. A visit to investigate our neighbourhood options opened my eyes to a simple fact: my mental topography of Berlin is well past its sell by date.

It isn’t hard to find reminders of the past, but if you want a symbol of where the city is headed, it is that Check Point Charlie is now an urban beach with bars and cafes. I felt a little outraged that something so meaningful had been ‘desecrated’, but who wants to live with the past for ever? It was the same revisiting places I’d encountered all those years ago. Mitte is now a painfully trendy district filled with bleeding edge restaurants, bars and shops. The Reichstag has been given a remarkable makeover, and the Soviet war memorial is no longer guarded by soldiers.

I spent my time on this trip walking from place to place, connecting the dots between districts in an effort to get a better sense of the jigsaw of central Berlin districts and how they fit together. It certainly wasn’t long enough to come close to understanding this extraordinary place, but it whetted my appetite for more.

3 thoughts on “Berlin, the city on the Spree”