Berlin has transformed with warmer spring weather, after several cold grey months it’s time to dare to believe that summer is only days away. The city’s many parks and open spaces have once again filled with life, but it’s the slow-moving River Spree that draws most people. Berlin has designed the areas alongside the river to accommodate people at leisure rather than buildings or cars – looking at you London – and you can walk for several uninterrupted kilometres on or close to the waters edge.

The River Spree runs a 400 km course from the Lusatian Mountains on the border of the Czech Republic. On its journey to Berlin and beyond it creates the wetlands of the Spreewald and Berlin’s largest lake, the Müggelsee. Not long after leaving the city – in Spandau – the Spree disapears for ever, merging with the River Havel at the site where the enormous Spandau Citadel watches over the water. It is in Berlin though that the most famous stretches of the river can be found.

We live close to Spittelmarkt (one of Berlin’s old markets) and the Spreekanal. A short walk brings you to Museum Island and the River Spree at the point where it passes the historic heart of Berlin, Nikolaiviertel. Head west from here and the river will take you past many of the city’s most famous landmarks. The banks of the river are crowded as you pass the massive Berliner Dom, and the Bode and Pergamon Museums across from Monbijou Park, but the views are worth it.

A bend in the river brings you to Friedrichstrasse train station, or the Palace of Tears as it was known during the Cold War. Although the Berlin Wall was further to the south of the station, where Checkpoint Charlie once was, West Berliners could use the station to transfer to other rail lines, making it a high security zone. West Germans with the right papers could enter East Berlin here to visit family. This was also their final point of departure back to the West, and a place where many tears were shed. 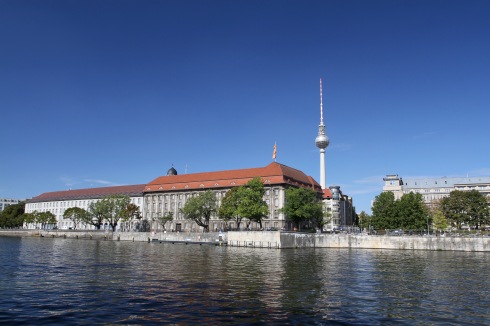 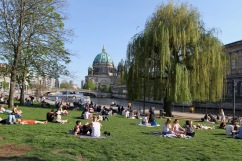 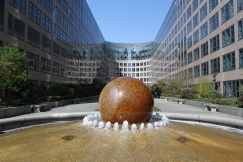 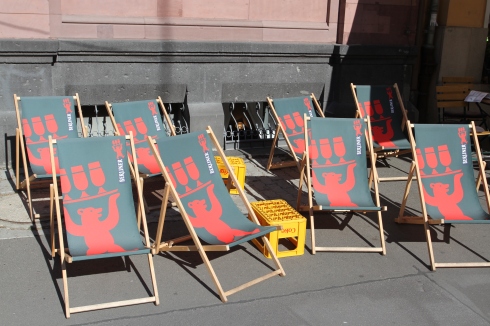 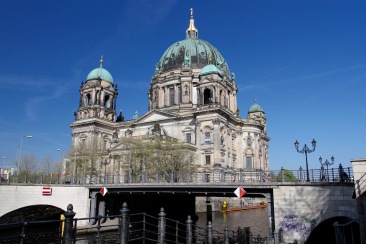 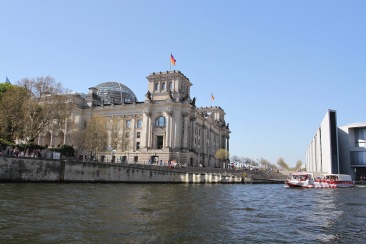 On a recent sunny day, we walked along the river and decided to continue going all the way to Alt Moabit. Not far from Friedrichstrasse Bahnhof, you find yourself marvelling at the Lazarus-like Reichstag with its Norman Foster-designed glass dome. It may be the second most visited attraction in Germany after Cologne Cathedral, but stay on the northern bank of the river and you can avoid the crowds. The views are also better from across the river.

The next stretch of the Spree is one of the most attractive, passing stylish government buildings designed to be counterpoints to the neo-classical Reichstag. The outstanding building here is the German Chancellery, a vast post-modern structure affectionately (I think) known as the ‘washing machine’. With views over the Spree and the Tiergarten, this is where Chancellor Angela Merkel spends her days. It proudly claims the title of ‘largest government headquarters in the world’.

Whatever you do, don’t be tempted to cross the river on the historic Moltkebrücke, where German forces made a desperate defence of the Reichstag from the attacking Russians in 1945. The reason will soon become clear when you see the umbrellas of Zollpackhof beer garden. This is the perfect place to stop and sip a refreshing beer or indulge in gut-busting Bavarian cuisine. Fortified, carry on until you hit the impressive Schloss Bellevue, home of the German President.

You could make a detour to the Victory column at one end of the Tiergarten here or, as we did, head straight on into a small park before emerging into Alt Moabit. The lovely Berliner Brücken, guarded by two pairs of jaunty-looking bears, awaits. You could carry on from here to Schloss Charlottenburg, but a little bit further on there’s a small bridge that you cross to reach Tiergarten S Bahn and a train back to town.

1 thought on “A early summer stroll along the River Spree”