Berlin is a city of water, and the surrounding region of Brandenburg is teeming with lakes and waterways. If you fly into the city just at sunset, you can see dozens of bodies of water glowing orange in the sun. One of the most ‘Berlin’ things to do in summer is to head to a lake, any lake, to swim and relax on the freshwater beaches. Some of my colleagues at work hop on their bikes and cycle to a nearby lake for a lunchtime swim. It makes a lot of sense when the city is sweltering in sultry summer heat.

Brandenburg is said to have 3,000 lakes, around 80 are considered to be Berlin lakes. This includes some formidable waterways. The impressive Tegeler See, close to the nearby airport, is joined to the Wannsee by the River Havel, eventually merging with the Tiefer See at Potsdam. These were popular spots for West Berliners during the Cold War, but residents in the East could claim the biggest of all Berlin’s lakes, the Müggelsee, as their own.

On a recent Sunday we decided to explore some of these waterways on a boat trip to the Müggelsee. We started from Treptow Park and, for the next five hours, we chugged along the River Spree through the eastern suburbs of the city to Köpenick. The journey along the river passed through a predominantly industrial part of former East Berlin, interesting but not beautiful. At Köpenick, we sailed down a tributary of the Spree into the Müggelsee – the middle of which feels more like the ocean than a lake. 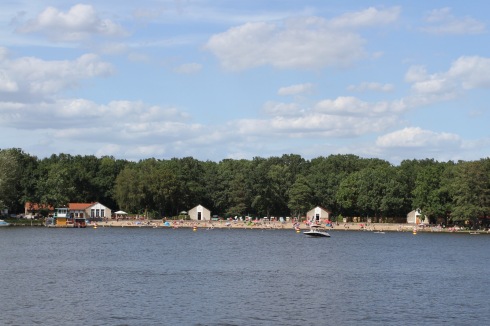 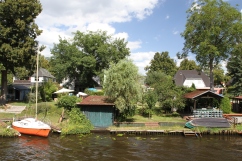 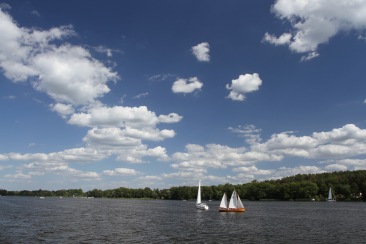 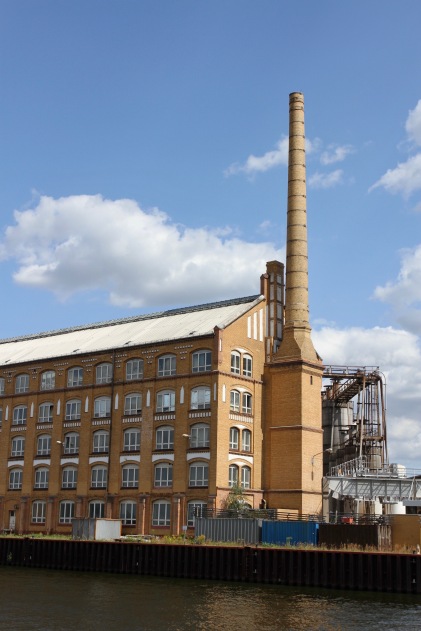 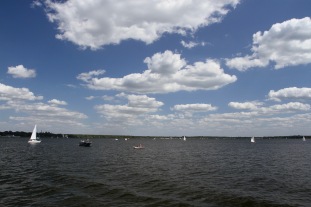 From here we cut through a narrow channel in the Müggelspreewiesen, a picturesque nature reserve. This is home to an area known as New Venice, between the Müggelsee and the Dämeritzsee. New Venice came into being in 1926 with the construction of several canals, and it’s home to a mix of upmarket houses and small shacks. Bizarrely, it was first named New Cameroon. I’ve been to Cameroon, there are few similarities. In Communist times, this is where high ranking officials had their dachas.

It’s a beautiful area and, speaking as someone who lives in the middle of Berlin, it’s a little envy-inducing. To really explore the area you’d need a small boat or canoe, we were on a large boat and headed instead for the Gosener Canal which connects to the Seddinsee and then the Langer See, two long stretches of water surrounded by forests. It’s utterly beautiful, and completely wonderful to be in nature so close to Berlin’s 3.5 million residents.

Eventually we arrived back in Köpenick, passing Schloss Köpenick on the way. Here everyone on board had to duck their heads as we passed under the Lange Brücke. After stopping to drop some people off, we set off back down the Spree towards the heart of Berlin. We’d been sailing for five hours but had barely scratched the surface of Berlin’s waterways. Despite that, by the time we arrived at Treptow it felt like we’d left the city days earlier.

There are hundreds of kilometres of waterways here, and exploring this watery urban landscape gives a completely different perspective on the city. Oddly, it makes it more human, especially compared to the often grimy concrete parts of Berlin.

2 thoughts on “Sailing down the Spree to Müggelsee”