Despite a long and storied history dating back 6,000 years, Amman can come across as charmlessly modern. There may be a scattering of immense Roman ruins, but Jordan’s capital is largely a 20th century creation. Seen from the top of one of its hills, the city that was once fought over by Ammonites and Israelites looks like urban planning gone mad while overdosing on concrete. Originally built on seven hills, it now spreads wildly over nineteen. Its expansion shows little sign of slowing down.

Few of the attractive houses that where built in the first half of the 20th century have survived, those that have now jostle with cheaper concrete constructions. The riotous sprawl lends the city a sense of unbound energy and movement, an impression reinforced by maniacal driving. Crossing the street involves edging out into traffic like a terrified Spanish matador. Walking in the city is a trial of exhaust fumes and missing sidewalks.

Which should make Amman a place to avoid. Yet amidst the Roman ruins and modern buildings, the coffee shops, falafel restaurants and multitude of souks in the Old City, there is something fundamentally alluring about Amman. Just when you think you’ve had enough of the heat, noise, and pollution, you’ll stumble across a place like Habibah Sweets, serving the city’s best Kunafa, a tooth-achingly sweet mix of cheese, syrup and pistachios. Don’t ask how or why, but like Kunafa, Amman just works.

I’d been in Amman for four days before escaping the confines of a conference hotel to explore a city that I’d failed to explore on two previous visits to the country. I really did want to see the Roman Theatre and the Citadel, complete with the Temple of Hercules. One of my Jordanian colleagues had given me a list of unmissable sights, which mainly consisted of places to eat. I plotted my day to allow for optimal levels of sightseeing interspersed with eating. 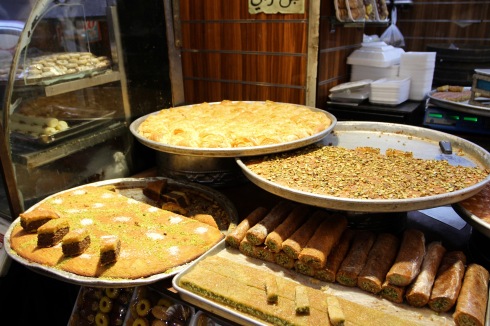 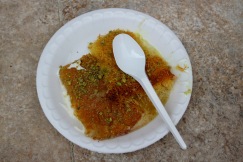 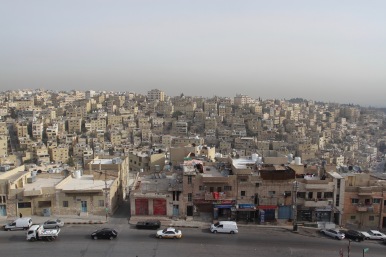 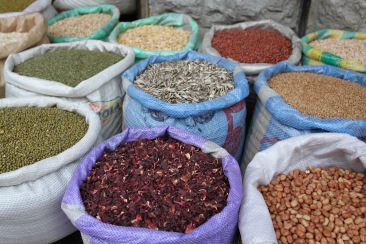 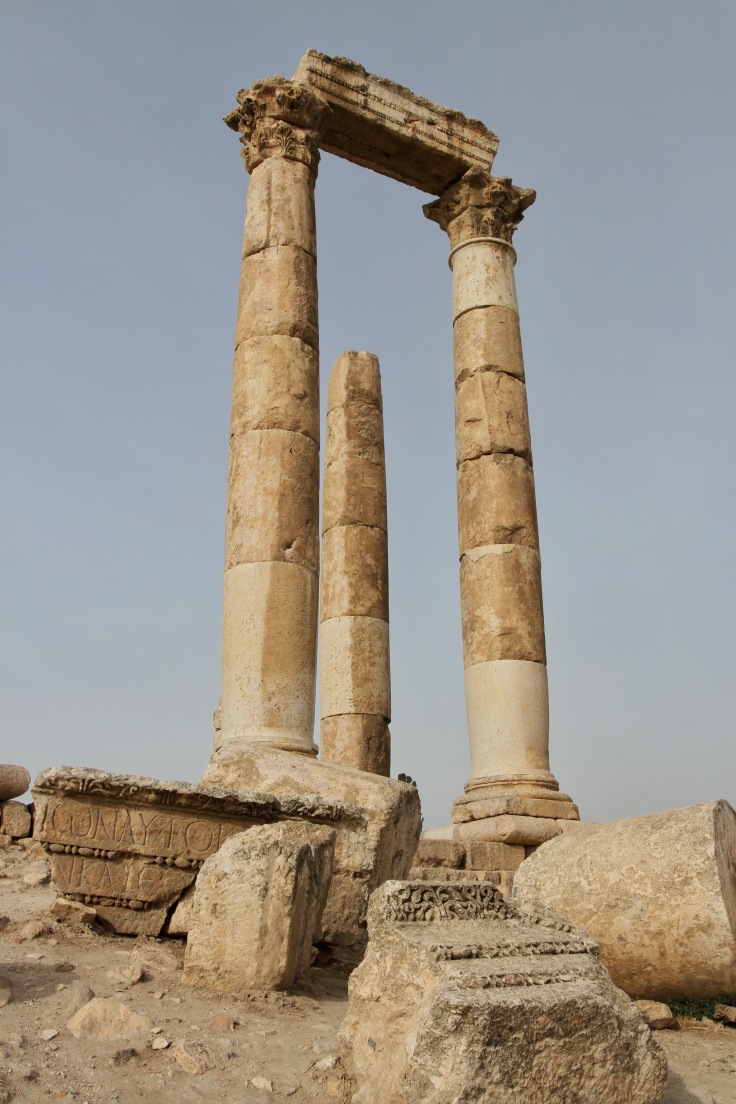 I took a taxi from my hotel in an upmarket suburb to the Citadel early enough to avoid tour groups, for whom this is an obligatory stop before going to Petra or Jerash. The views from up here are quite extraordinary, you can see why it was a popular spot for building a massive fortress. The fortress is a layer cake of history, containing remnants from when the Roman, Byzantine and Umayyad Empires ruled over these hilltops. It’s a bit underwhelming compared to other sites in Jordan, but worth a visit.

Walk down the hill and you arrive at the glorious Roman Theatre. A military band was rehearsing in the plaza, their musical instruments including a version of the bagpipes, some made with tartan cloth. I assumed these were leftover from British rule in this region following the First World War. It transpires that bagpipes are a Middle Eastern invention, and Roman legions exported them as they conquered bits of the known world.

It was a short walk from the theatre to the Roman Nymphaeum, which today is wedged between major roads, but is still a splendid sight. Close-by are a series of souks that are worth exploring: fruit and vegetables, clothes and gold, to name a few. I took a cab to the hip area of quiet streets and good cafes, restaurants and bars around Paris Square, where I had lunch in the shisha-infused Rakwet Cafe, before jumping in another cab to the famous Rainbow Street.

I immediately regretted lunch as I came across the famed street stall, Al Quds Falafel. Jordan’s King is a regular at this tasty (yes, I crammed in a falafel sandwich) and cheap spot. Afterwards, I felt obliged to walk off the excess food and spent a couple of hours exploring interesting neighbourhoods surprisingly filled with street art. It was time to call it a day. There was a Petra beer with my name on it back at the hotel and a 3am start for the airport.