There’s a fascinating photograph of Berlin taken at night by Canadian astronaut, Chris Hadfield, while floating 200 miles above the Earth in the International Space Station. It shows a city unlike any other, one that still bears the scars of its turbulent history. Seen from above, the street lights of the city clearly show the path of the Berlin Wall. In the former communist GDR sodium light bulbs give off a distinctive orange glow, neatly defining East and West from Space.

When the photo was taken a few years ago there were still 43,000 former East German street lights in the city. A programme of replacement has reduced that number, but the orange glow can still be seen today. The influence of the Iron Curtain is felt in more earthbound ways as well, and Berlin’s geography is still defined by the legacy bequeathed it by decades of communism. No more so than in Mitte, the historic heart of a city once sliced in half.

In Mitte, the absurdity of splitting a city in two is very apparent. Nowhere is this better illustrated than on the walk from the Kulturforum, through Potsdamer Platz, along Leipziger Strasse, across Museum Island and into Alexanderplatz. This was the epicentre of Berlin until 1945. After the war, Leipziger Strasse was intended to be a ‘cultural ribbon’ between the Kulturforum and Museum Island, instead the Berlin Wall turned them into competing poles of cultural influence.

The Berlin Wall meant the city developed duplicate cultural institutions. Near to the Kulturforum is the Neue Nationalgalerie, the original being located on the other side of the wall on Museum Island. Here is the Philharmonie Berlin, built to replace the original which was bombed during the war, and which went toe-to-toe with the East German Berliner Sinfonie-Orchester in the Konzerthaus in Gendarmenmarkt.

The streets between Leipziger Strasse, Unter den Linden and the River Spree, are filled with reminders of this history. It has left the modern city with no natural centre. As with cultural institutions, so too with entertainment and commerce. The wall cut through and killed off Potsdamer Platz, once the the busiest square in Europe, while the East Germans turned Alexanderplatz into a sterile communist showpiece belying it’s former life as a commercial and entertainment hub. 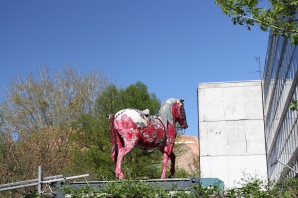 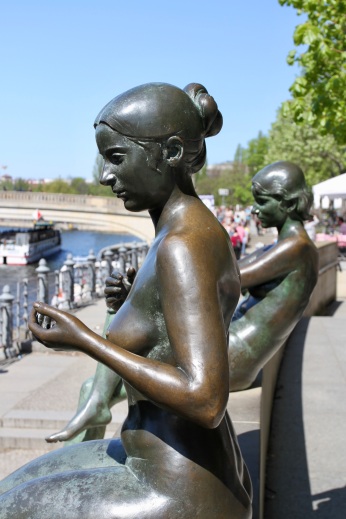 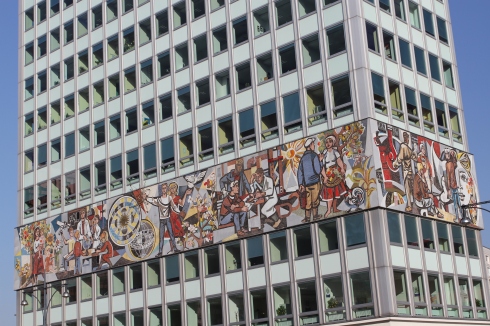 In the West, Kurfürstendamm became the shopping and business district and post-reunification attempts to relocate it back to the centre around Friedrichstrasse have utterly failed. My apartment lies only a short walk from the most famous Cold War crossing in the city, Checkpoint Charlie, itself on Friedrichstrasse. Instead of the anticipated upsurge in high end businesses, it’s become a fairly tacky tourist stop. Life in Berlin is not in the centre.

Not that the centre doesn’t have its attractions. The main historic sites are in this area, including plenty of reminders of that turbulent history. Along Leipziger Strasse you’ll pass the former Nazi Aviation Ministry. In communist times it housed the People’s Council and was the site of anti-communist protests in 1953. A memorial marks the spot where ordinary Berliner’s were killed by the Soviet military. Today it’s the Ministry of Finance, reflecting a typical history for buildings in this area.

One building embodies this more than most, the Berlin Schloss. A Prussian palace that, alongside the Berliner Dom, formed the centrepiece of 19th century Berlin. It was damaged during the Second World War and, in an act of cultural vandalism, the East Germans knocked it down and replaced it with the gigantic mirrored-glass Palace of the Republic. This in turn was demolished after reunification and is being rebuilt as a replica of the original Berlin Schloss. It’s a huge building, perhaps large enough to be seen from Space.

8 thoughts on “Berlin’s Mitte, historic heart of a city with no centre”