Wedged between Belgium, France and Germany, the only thing I knew about the Grand Duchy of Luxembourg before visiting, is a well-deserved reputation for shell companies favoured by the less than honest to launder their dirty money, and ‘flexible’ tax laws favoured by the less than scrupulous to avoid paying their taxes. The LuxLeaks exposé by the ICIJ, called Luxembourg a “magical fairyland” for tax dodging corporations.

Ironic then, that the tourist board prefers that same cliché to promote Luxembourg as a destination. An historic country at the crossroads of Western Europe that is dotted with fairytale castles, medieval villages, an amazing UNESCO listed capital and glorious rolling countryside. Luxembourg is also famously small: only 82 km at its longest and 57 km at its widest points, and home to only 650,000 people. It barely counts as a mid-sized city in Europe.

Even at that small size, a long weekend would only allow us to scratch the surface of its history and culture. We began where everyone begins, in Luxembourg City, which counts as one of Europe’s most dramatic and scenic capitals. Spread across high cliffs and deep gorges through which the Alzette and Pétrusse rivers meander, it’s not difficult to see why UNESCO designated the historic heart of the city a World Heritage Site.

The downside of all this geographic drama is the endless climbing up and down of steep hills in scorching temperatures for the duration of our stay. The city has provided a couple of lifts, including the glass Pfaffenthal lift that gives you tremendous views as you ascend and descend, but bring your stamina with you on a trip to Luxembourg’s capital. 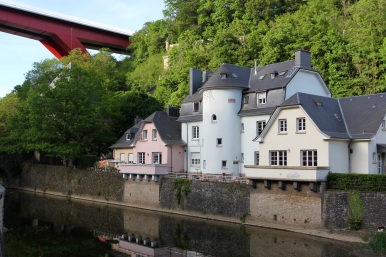 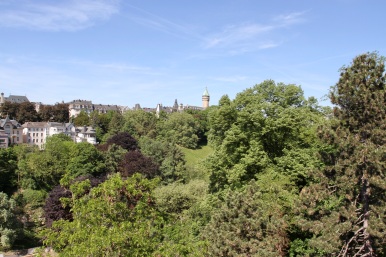 Despite its small size, it has been an independent entity since 963 – albeit one that was regularly dominated by different European dynasties – but its journey to become the truly independent nation of today is as torturous as any in Europe. This includes ceding its French speaking region in the north to Belgium, confusingly known as the Belgian region of Luxembourg, reducing the country of Luxembourg’s size by half.

Luxembourg’s history dates back to at least the Romans, who were among many who understood the strategic location of the city. Despite being forced to dismantle its impressive fortifications as part of a deal between the European powers at the Treaty of London in 1867, what remains of these mighty fortifications is impressive. Vauban, master military engineer of French King, Louis XIV, is just one to have left their mark on the city. 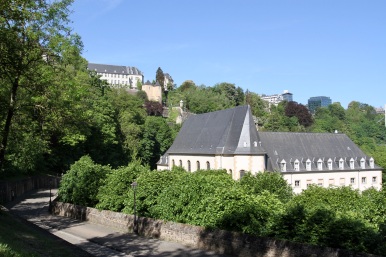 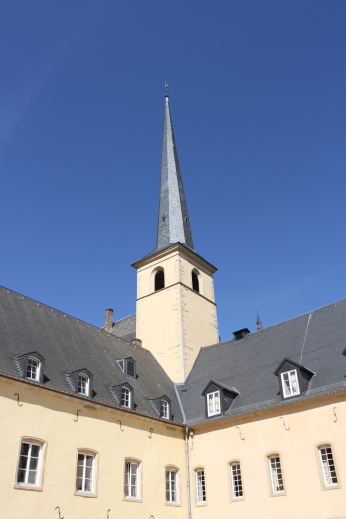 We stayed near Fort Thüngen and its extensive defensive fortifications. Now a public park, the view over the city from here is remarkable. To reach the city though, required a steep descent and lung busting ascent. It’s well worth it, the old city is a delight to explore, not to mention the many good restaurants that reflect the high standard of living enjoyed by its well-heeled residents – those dodgy tax arrangements deliver the highest per capita GDP in Europe.

The thing that struck us about the city though, is that it is no open air museum. All those high end financial and tech jobs have seen Luxembourg become a thoroughly modern capital, including free public transport – we eventually found a bus/tram combo that avoided the muscle burning route we took on our first morning. That modern edge seems to fuse perfectly with the historic setting and the many glorious historic buildings.

That makes it all the more remarkable that, from a tourist perspective, Luxembourg feels a lot like a backwater. I doubt we’d have visited were it not only a short distance from Brussels: although the train takes over three hours to cover the 230 km, which may explain part of the problem. Sitting on an historic crossroads doesn’t guarantee ease of access these days.

Like the climbs in the city though, Luxembourg rewards the effort.

8 thoughts on “The “magical fairyland” of Luxembourg”

Leave a Reply to Oh, the Places We See Cancel reply