A few days into our stay, it began to dawn on us that Nice was really several different cities rolled into one. The vibrant beach culture has as its backdrop the faded glamour of the Promenade des Anglais. Where once 19th century nobility and monarchs took the sea air, people now rollerblade and sip chilled Provencal rosé under striped umbrellas while looking out over the turquoise waters of the Mediterranean Sea.

The light and air of the beach feel a world away from the tightly packed medieval streets of Vieille Ville. This is the oldest part of Nice, where narrow lanes and alleyways run between tall ochre-hued houses. A meander around this atmospheric area reveals medieval churches, pleasant squares that still host markets as they have for hundreds of years, and a handful of old palaces. It’s also home to myriad bars and restaurants.

It’s a steep climb out of the confines of the medieval centre into the open spaces of the Colline du Château, a hill with commanding views over Nice’s Bay of Angels and along the French Riviera. When the Ancient Greeks first settled in Nice, it was on this hill, and and it still bears signs of the civilisations that have called it home. An elegant 18th century cemetery has burial plots with some of the finest views on the Côte d’Azur.

I walked around the cemetery in the cool morning air one day, it was a moving experience. I can only imagine what its inhabitants thought of the boisterous hen party that was having a professional photoshoot done from one of the most famous of Nice’s panoramas just below. It summed up that same jarring contrast of history competing with modernity that you find on the Promenade des Anglais. 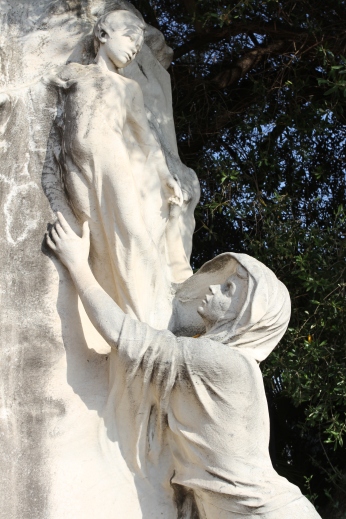 The leafy surrounds and Belle Époque villas of the Cimiez district feel divorced from these other parts of Nice. This is the area where we were staying, and it offered a different perspective on the city, at once more local and less hurried. It’s also where two of the town’s top museums can be found. The Musée Matisse is housed in a magnificent 17th century villa set in the ruins of the old Roman city of Cemenelum. It’s quite a setting.

Like many before and after him, Matisse was drawn to the Côte d’Azur by the light. He spent virtually all of his creative life here, and produced many of his finest works during the Nice years. He bought two apartments that he converted into a studio in what was once the Hotel Regina. This is the enormous former hotel where Queen Victoria stayed when in Nice. Matisse is buried nearby in Cimiez Monastery cemetery. 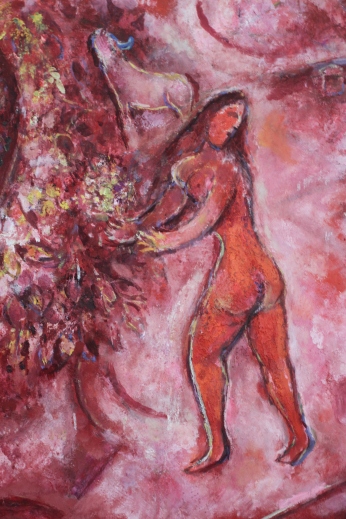 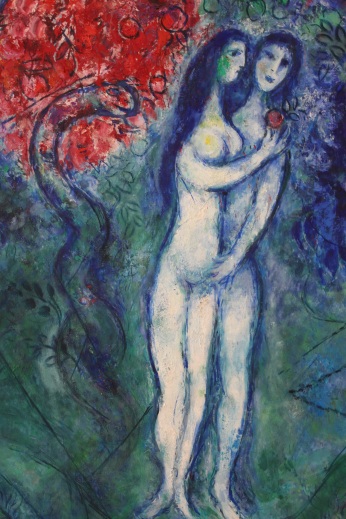 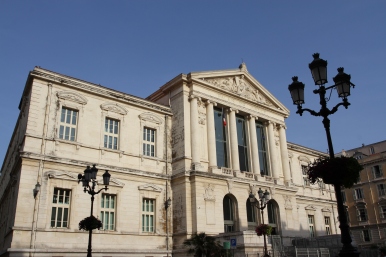 When we visited the museum they had an exhibition of David Hockney paintings that explored the similarities the two share. A fortunate double treat. The other world famous museum is dedicated to the glorious dreamlike madness of the works of Marc Chagall. It’s a small museum set in nice gardens surrounded by opulent villas, and is well worth making the trip up a steep hill to get to.

In most towns, the scattering of excellent artists, including Picasso and Rodin, housed in the Musée des Beaux-Arts, would be a real draw. Such is the star power of Matisse and Chagall, when we visited the Beaux-Arts we had the somewhat dilapidated building almost to ourselves. It might seem perverse to be by the sea in glorious weather and spend a chunk of time indoors, but Nice is blessed with fine museums.

This is a town that seemingly has everything. Ancient history, a vibrant beach culture, world class museums and galleries, and a top notch culinary scene. It is also a perfect base for exploring the many wonders of the surrounding area. We decided to head inland into the hills surrounding Nice to Tende, an historic French village on the Italian border…

1 thought on “Nice, a town of contrasts that has it all”