Paris was the first European city I visited as an 18 year-old fresh out of school. It has a lot of memories for me, yet it’s been more than ten years since I last visited. Far too much time to ignore such a wonderful town. In the decade between my last visit and now, the City of Lights has suffered some terrible blows. I’ve read about how Paris has changed, how the joie de vivre of Parisians had suffered as a result of the recent terror attacks.

Don’t believe it. This is an irrepressible city. Energy and creativity run through its veins. It’s a treasure trove of culture, full of life. Life that is still lived large on the streets, cafe culture thrives, cars still hurtle around at dangerous speeds, and people are, despite persistent stereotyping, friendly. The moment we stepped off the train at Gare du Nord, you couldn’t mistake this for any other city on the planet.

Still, the attacks have kept over a million tourists away this year, and have brought military patrols onto the streets. The last time I saw camouflaged soldiers walking down pedestrian streets and through urban parks, I was in Belfast and they were British soldiers. The French soldiers are friendlier – unlike Belfast no one actually pointed a gun at me – but soldiers on the streets don’t make this civilian feel safe.

There is so much to do in Paris, and so much we wanted to do, but with only three days you have to make some hard choices. We had a handful of things we decided we couldn’t miss: the Musee d’Orsay, housing the greatest collection of impressionist and post-impressionist masterpieces in the world; the Père Lachaise Cemetery, which doubles as an open-air gallery; and the narrow streets of Montmartre. 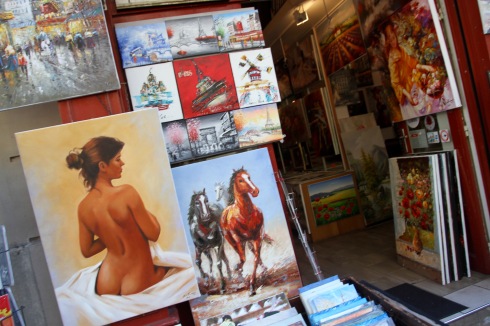 Book stall on the banks of the Seine, Paris, France 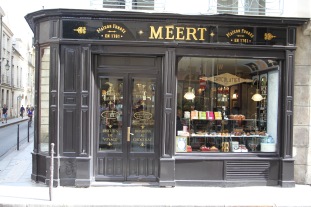 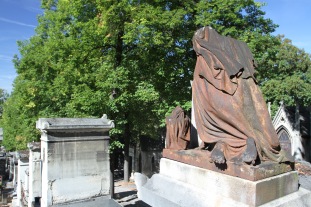 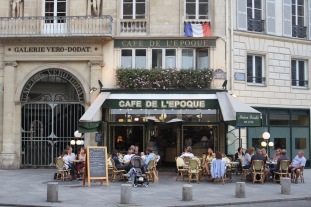 We were staying along the banks of the Canal Saint-Martin. An area that has grown in popularity since its now iconic iron bridges formed a backdrop to the 2001 film Amélie, featuring the wonderful Audrey Tautou. It’s a vibrant and artistic area, considered the new up-and-coming bohemian hotspot. It still has plenty of rough edges, but it’s a place full of vitality, great little bars, cafes and restaurants.

We spent lots of time exploring the area around the canal, sitting in cafes watching scenes of daily Parisian life. The rest of our time was spent wandering the busy but entertaining streets of Le Marais and the banks of the Seine. This is one of my favourite areas, but it has definitely gone up market. When we last stayed in the Marais, the shared toilet that came with our tiny room was in a cupboard, on the stairway.

Nearby is the Île Saint-Louis and the Île de la Cité, home to Notre Dame. Visiting both involves multiple bridge crossings of the Seine, all of which give a different perspective of the river. The nearby Pont des Arts, a pedestrianised bridge with views over the islands, was once notorious for nearly collapsing under the weight of 45 tonnes of ‘lovers’ padlocks. This part of the City of Romance is now padlock free … who thought the jailer’s instruments would come to symbolise love?

Paris is so famous, has featured in so many films, novels, plays and artworks, and comes with such expectations, that it would be easy to reduce it to cliché. It’s hard not to, in fact. But, like the Amsterdam of red lights and coffee shops, the cliché exist only to distract from the far more interesting reality. Paris is a city that, given even half a chance, will challenge all preconceptions. Time to hit the streets and explore.

5 thoughts on “A Parisian weekend”