The funny thing about Mendoza is that, despite being founded in 1561, thanks to a series of earthquakes that have periodically flattened the city, few historic buildings have survived into the 21st century. The most devastating came in 1861, levelling the town, killing approximately 5,000 people and leaving many thousands more destitute. A number of 20th century earthquakes caused further damage, including a big one in 1985. The entire region is seismically very active, the effects of which have shaped the face of modern Mendoza – which is not always pleasing to the eye.

Mendoza was founded by one of the second wave of Spanish conquistadors, Pedro del Castillo. In search of ever greater wealth, the Spanish were expanding their empire southwards from the now devastated Inca Empire in Peru. Castillo crossed over from Chile and discovered an area with an ingenious irrigation system using water from the glaciers in the Andes. The system was the creation of the native Huarpe and Puelche peoples, whom the Spanish displaced by war and disease. They kept and developed the irrigation system, which continues to make Mendoza a green city.

More settlers arrived and Mendoza became an important agricultural region, which is amazing given that it barely receives any rain and without that ingenious irrigation system would resemble a barren wasteland. Its growing prosperity made it politically and economically important. During the War for Independence from Spain, Mendoza was the headquarters of independence hero, General José de San Martín. It was from here in 1817 that his expeditionary force crossed the Andes to liberate Chile. A victory celebrated in statues and street names across the city.

While it destroyed all the old colonial-era buildings and forced the town to relocate to a nearby site, the 1861 earthquake bequeathed Mendoza its quintet of leafy plazas in today’s city centre. At the heart of the town is the large Plaza Independencia, radiating out from its corners are four smaller plazas: Italia, Chile, San Martin and España. Only a few blocks from any of these squares are most of Mendoza’s best restaurants, bars and museums. This includes Avenida Aristides Villanueva, a street that seems to be nothing but bars and restaurants catering to the town’s youthful population. 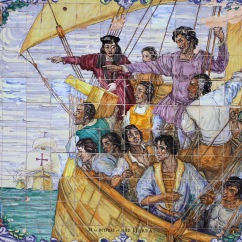 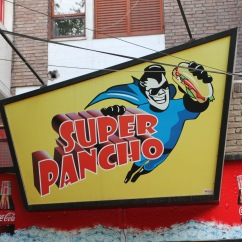 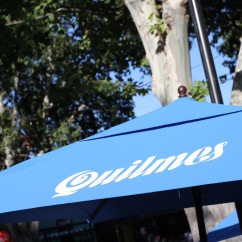 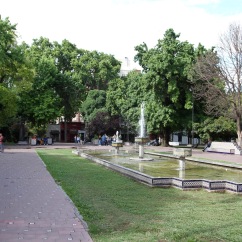 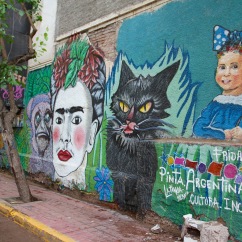 On our second day in town the weather continued to be unpredictable. The morning was grey and drizzly as we set out for a walk through the streets. It was a Sunday and there was little life in the town which, coupled with the weather, made it feel a little down at heel. On days like this you notice the old buildings that are crumbling thanks to a lack of investment, the homeless rooting through trash bins, and the beggars on pedestrianised Paseo Sarmiento going from table to table outside cafes. Mendoza seems to still be in the maw of the economic crisis.

Of course it also meant that no museums were open and many shops remained closed, leaving us with few options for entertainment. We were beginning to feel deflated when, as if by magic, the sun burst through the cloud and brought a whole new feeling to the city. The spring in our step restored, we headed to Avenida Aristides Villanueva for food, and were able to sit at an outside table to enjoy one of the great Argentinian treats – lunch accompanied by a pinguino of wine.

For anyone who’s never drunk from a porcelain pitcher in the shape of a penguin, a sort of kitsch Argentinian decanter, it’s a lot of fun. Possibly too much fun for adults over a certain age. We decided there was little to occupy us elsewhere in town so spent a long lunch to fully enjoy our pinguino. We were leaving early the next day for a few days in the Valle de Uco wine region, so after lunch walked off our meal in Parque San Martin before returning to the B&B. We had time for one final meal at the fabulous Restaurant Maria Antonieta, the perfect way to say goodbye to Mendoza.