There’s no doubt Berlin is a fantastic city, but there are times when it appears more a shimmering mirage than a city of concrete, air pollution and of flesh and blood humans being. Gushing tales about the city could make you believe it existed only as fantasy – whether it’s digital nomads living the dream in cutting-edge startups, the razor sharp arts scene, the dazzling hedonistic nightlife or the hipster-filled fashion world. This is the funky, creative and youthful Berlin carefully crafted into the stuff of marketing legend.

As I cycle to work – albeit under the Brandenburg Tor, past the Reichstag, through the Tiergarten and along the Spree – it’s not always easy to reconcile the idea of Berlin as some sort of 21st century Utopia with the work-a-day city I see each morning at 8am. After reading too many travel guides it’s possible to imagine it as a modern-day City of the Sun, Tommaso Campanella’s 17th century fictional city that is a temple of learning, where there is an equal division of labour and all people are treated with dignity.

I studied Campanella’s philosophical work at university and his vision of Utopia, like the dozen or so other fictional works I read on utopias, ultimately leads to a dystopian vision of humanity’s future. Think Aldous Huxley’s Brave New World. In Berlin you can tell you’re not living in Utopia by the complexity of the recycling rules. In the abstract, German recycling is utopian. It covers almost every commodity known to humanity and should benefit the planet. Yet, like all utopian imaginings, it has quickly become my own personal dystopia.

You need a PhD in bloody-mindedness to understand the recycling rules. I’ve counted seven different colours of recycling bin that, even with a two-sided colour-coded A4 leaflet, I still can’t work out. Some of them are even different shapes. It’s complicated enough to need an app to guide you. God-forbid you put your recycling in the wrong bin. The seventh circle of Hell is reserved for people who do that. If the tourist schtick is to be believed, this is the “anything goes” city. Just make sure it goes in the correct colour-coded receptacle. 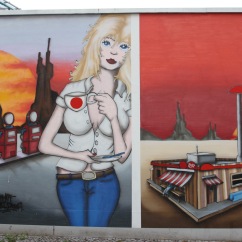 Along the Spree, Berlin, Germany 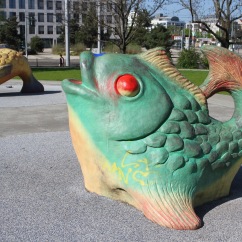 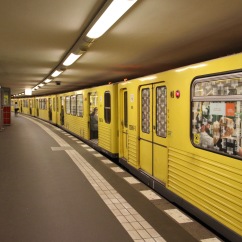 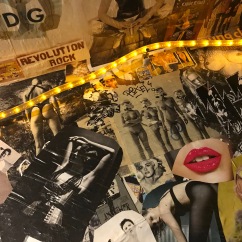 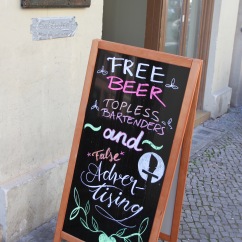 I’m also pretty sure that in Utopia the service would be better, and even occasionally delivered with a smile. It’s cliche to knock Berlin’s service culture, but experience has taught me to recalibrate expectations. We’ve had good experiences in restaurants but the reality is that bad tempered and wildly inefficient service is commonplace. You may be handing over your hard-earned cash, but don’t think for one minute that it pays for anything more than thinly veiled contempt in some places.

Your hard-earned cash will also need to be carried in its physical form, because Berlin, like much of Germany, is only just getting around to recognising credit and debit cards as an acceptable form of payment for services and goods. The Berlin ‘walk of shame’ is attempting to pay with a card and then having to search nearby streets to find an ATM. This seems crazy in one of the wealthiest and most tech-savvy nations on earth. It’s the polar opposite of the Netherlands, where some shops don’t accept cash.

These small frustrations aside, the unnaturally good weather has allowed us to get out and explore the city. There is much that makes Berlin a fascinating and wonderful place to live, whether riverside walks along the Spree, fantastic food in intriguing areas like Kreuzberg, a multitude of open spaces like the former Tempelhof airport, or the daily comings and goings of Germany’s political capital – the city centre was in lockdown for the recent visit of Turkey’s President Erdogan, making my cycle to work a nightmare.

Almost everywhere you go you find yourself bumping up against Berlin’s history. We recently found ourselves standing in front of the grave of the Red Baron – First World War fighter ace, Manfred von Richthofen. His headstone, still bullet-riddled from the Second World War comes with a backdrop of pieces of the Berlin Wall, which cut a swathe through the cemetery. A short walk away is a memorial to the first person to be killed attempting escape to the West. In Berlin, the ghosts of its own dystopian past are all around.

17 thoughts on “Moving to Berlin: the search for Utopia”