Sicily is a fabled island, with a history going back millennia. Some of the most enigmatic civilisations from ancient history have called it home, normally after conquering it from its previous owners. Ancient Greek temples rub shoulders with Roman amphitheatres; stunning Byzantine mosaics sit a short distance from magnificent Baroque churches. In addition to Greeks and Romans, the Phoenicians, Carthaginians, Normans and even the Habsburgs all sought to control it over the centuries.

At times over the last three or four thousand years, the Mediterranean’s largest island could lay claim to being the political, economic and cultural centre of the region. After all, the greatest mathematician in ancient Greece, Archimedes, lived most of his life in the Sicilian city of Syracuse. Times, though, change, and Sicily’s more recent history has been less kind to the island and its people. Low levels of development, poverty and lack of opportunities typified the late 19th and most of the 20th centuries.

This led to mass migration, much of it to the United States, and the exportation of the island’s culture and cuisine, including the Cosa Nostra, the criminal syndicate better known as the Mafia that was born and flourished on the island for three hundred years. This is the Sicily that plays an evocative backdrop in The Godfather films. In part, it was the romantic landscapes and picturesque villages of Francis Ford Coppola’s opus that made me want to visit Sicily. It’s taken a while to get there, but the wait was worth it.

It was no great hardship to leave the increasingly grey and cold Berlin winter behind for a little Mediterranean sunshine, which even in November gave us temperatures of 22ºC. The weather has been seriously unsettled in Sicily though, and the days before we flew torrential rain led to flooding in different parts of the island. We were lucky to only have one such day, in Catania, the streets turned to rivers and large hailstones fall from the sky. 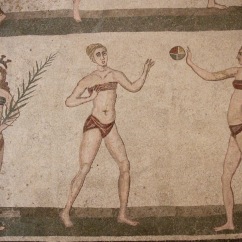 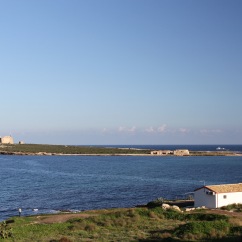 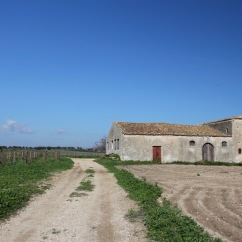 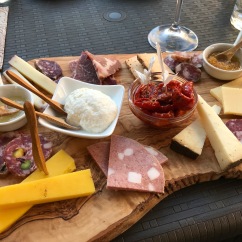 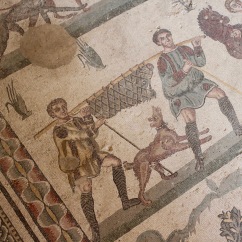 We flew to Catania, a formerly elegant port city now filled with the decaying grandeur of past glories. It’s a city that many has rough edges, but is worth a visit for its vibrant nightlife, architecture reminiscent of Havana, and untouristy atmosphere. We decided to spend a couple of days there at the end of our trip, and from the airport picked up a hire car and headed south to the wonders of Syracuse and the ancient marvel that is the island of Ortygia. Even though Ortygia is tiny, you could spend days wandering its narrow medieval alleyways.

After the delights of Syracuse, we headed to the ‘Baroque Capital of Sicily’, Noto. We couldn’t quite believe that, when we arrived at the bottom of the vast flight of stairs leading to the massive entrance to the Cathedral of San Nicolà, we had the place to ourselves. A quick diversion for lunch in a coastal village, and we we then on our way to spend a few days in the utterly unbelievable Ragusa and Ragusa Ibla, its wealth of 17th century buildings teetering precariously on the steep flanks of a hillside.

Limited time forced us to choose between a visit to another Baroque town, Modica, or the utterly extraordinary Roman mosaics found at Villa Romana del Casale, close to the humdrum town of Piazza Armerina. After disappointing lunch in a trattoria, we headed to an even more ancient site, the ruins of the Greek town of Morgantina. The views alone made a trip worthwhile, being able to wander around without any other visitors was priceless.

Throughout our trip, we ate delicious seafood along the coast and more hearty fare in the hills of Sicily’s interior. It will be a long time before I forget the donkey salami that was served up at a small cafe in Ragusa. I demurred on trying the baked donkey ribs on offer for dinner one night. It’s no surprise that Sicily is increasingly on the oenophile map , and we were able to sample many delicious wines from South East Sicily, as well as wines from the slopes of nearby Mount Etna. One way or another, this first visit to Sicily will live with us for a while.

1 thought on “A Sicilian road trip”