I arrived in Douz at high speed in a wailing ambulance. After a visit to both the hospital and the police station, I was deposited at the hotel by a police car. The nice policemen waved goodbye, wished me luck and repeated their disbelief that I was still alive. News travels fast in the desert and the hotel owner already knew about the tourist who had crashed a hire car in the middle of the desert. When my car flipped over and came to a juddering halt on its roof, I was conscious but dangling upside down restrained only by my seatbelt.

As I hung there trying to make sense of what had just happened, it occurred to me that things might improve if I wasn’t upside down. Without thinking, I pressed the release button on the seatbelt and instantly bashed my head on the roof of the car. It was at this point a very unlikely thing happened. Three men, who had been camping amongst the sand dunes, had witnessed the accident and ran over to pull me from the car. They also seemed surprised that I was alive.

The famed hospitality of desert peoples is said to stem from a simple premise: always allow a stranger to water their camel at your well, because you never know when you might need water for your camel. These three men pulled me from the wreckage, got me water to drink, retrieved my belongings, called an ambulance, called the police, called the (very unhappy) car rental company and gave praise to Allah for saving my life. They stayed with me in the desert until the ambulance arrived.

A day later, one of them came to my hotel – the accident was pretty big news and I was something of a local celebrity – to make sure I was okay. The police came to check on me as well, although I suspect they were just making sure I hadn’t died in their town. I was largely uninjured, although every part of my body seemed to be in pain. Douz is a scruffy but friendly place with few distractions, but I was happy just to be here … and things improved once I discovered Boukha, an unpleasant fig brandy that’s good only for self medicating. 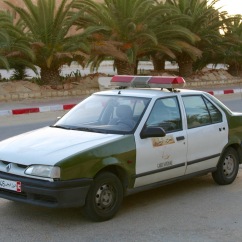 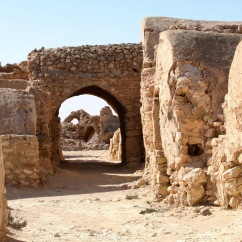 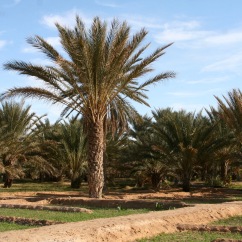 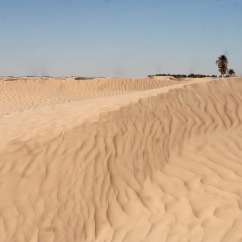 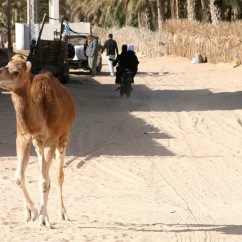 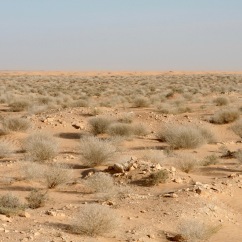 Accidentally, my visit coincided with the date harvest. Douz has over half a million date palms and, walking the sandy tracks between the plantations, I was offered fresh dates. Acts of generosity that made me glad I’d made the journey. I hadn’t come for the dates though. The main attraction here is the Grand Erg Oriental, an utterly beguiling part of the Sahara that spills across the nearby border with Algeria to form Douz’s backyard. I’d planned to drive to the oasis of Ksar Ghilane, but the car crash had made that tricky.

My day had began quite differently and I’d been having a nice time exploring even more Berber fortified granaries. The dramatically located 13th century Ksar Jouamaa sits on an isolated hill a short way from the main road, but blink and you’ll miss it. It seamlessly fuses with the surrounding landscape of hills and valleys. The views from the hilltop are spectacular and, yet again, I had the whole place to myself. So far so good. I visited one more ksar before pointing the car in the direction of the desert.

My camera had been flung from the car when I’d crashed, one of my rescuers had found it embedded in the sand. Sand, as the saying goes, gets everywhere, and it had certainly found its way inside the camera. The camera continued to work but every photo I have of Douz, and all the places I visited afterwards, has specks of sand on them. I spent a couple of days mooching around Douz, making alternate plans to get to Ksar Ghilane and then back to Djerba.

Eventually, I found a driver with a 4×4 who’d drop me at Ksar Ghilane and take me the 500 km to Djerba. Fate had conspired to bring me together with an inspired travel companion, who spoke only Arabic and broken French but who managed to teach me more about Algerian music than I’ll ever need to know. I’m still a big fan of Souad Massi. Early one morning we drove for three hours into the heart of the Grand Erg Oriental to Ksar Ghilane, where I hoped to sooth my aches and pains in the thermal springs.

5 thoughts on “Upside down in the Sahara, the desert oasis of Douz”