The entrance to Dresden’s Neustadt is marked by a big and exuberantly golden statue of Augustus the Strong riding a horse. The statue of Saxony’s legendary 18th century ruler is the largest piece of bling in the entire city. Illuminated in the spring sunshine the reflection is blindingly bright. You can probably see it from space. I got the feeling that it was painted this colour as a visual joke, it looks absurd on its sooty plinth. Locals call it the Golden Horseman.

The other non-visual joke about the Neustadt is that it’s actually older than Dresden’s Old Town. Right up until a devastating fire burned it to the ground in 1685, the New Town was the Old Town. The baroque reconstruction was very modern so the name was changed. In another irony, the old New Town received comparatively light damage during the massive bombing raids of February 1945, and remains home to some very attractive period buildings.

We started our exploration of the Neustadt by wandering up Hauptstrasse, the broad avenue that heads north from the Golden Horseman towards Albertplatz. It’s a lovely tree-lined street that, architecturally, mixes the old and the new, and gives you a real sense of the grandeur of Dresden in the 18th century. Several arrow-straight avenues lead away from the riverbank, which is still home to multiple grandiose palaces. This was town planning intended to impress.

We’d come to the Neustadt because it’s the living, beating heart of the contemporary city. In places, it has an alternative, counter-culture vibe that felt similar to areas of Hamburg – although even Hamburg hasn’t renamed a square after US whistleblower, Edward Snowden. This only serves to underline the Jekyll and Hyde personality of Dresden. The former East German town is, after all, a stronghold of the German far-right. 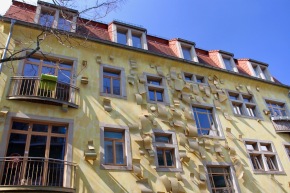 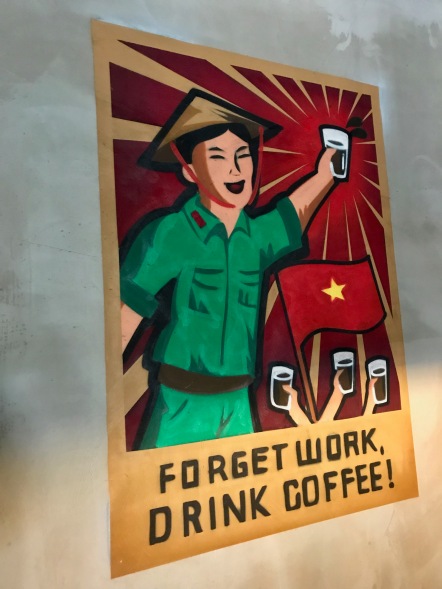 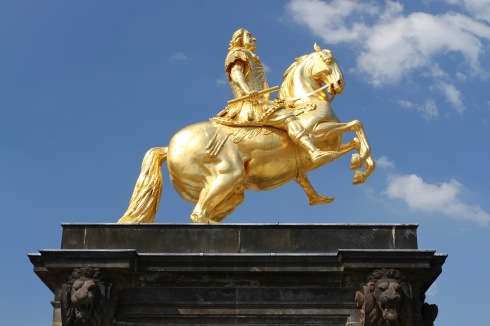 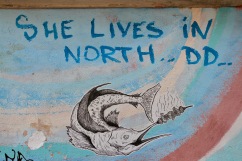 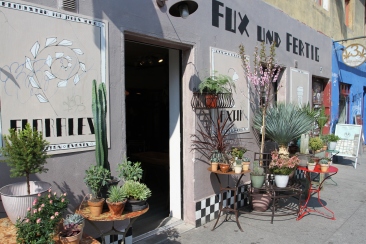 It was across the river in the new Old Town, in October 2014, that far right supporters of the extremist anti-Islamic PEGIDA movement began regular marches and protests against asylum-seekers and immigrants. At its height, the PEGIDA movement was able to rally 20,000 people in Dresden. According to Deutsche Welle, Dresden is officially the only major German city that is right-wing. No surprise then that far-right political party, Alternative für Deutschland, gained 27 percent of the vote in Saxony.

Even as 20,000 far-right protesters marched in the city, equally large numbers of anti-fascist protesters held countermarches. Many came from Dresden itself, and in the Neustadt evidence of their existence can be found everywhere – from the occasional squat, to street art. The Old Town is the main tourist draw, but the Neustadt feels like a more grounded place, with diverse communities and the city’s best eating and drinking options.

We spent the best part of half a day wandering the streets, exploring traditional hofs and alleys that contain art galleries, bars and restaurants. In the end the Museum of Military History, designed by Daniel Libeskind, was just too much effort to get to. It will be on the list when we return – although I’m not sure the most right-wing town in the country is the best place for a museum dedicated to 800-years of German military history.

We had a late lunch sat on the street under a warm sun before heading back towards the Old Town, making a detour so we could walk the wide sweep of a bend in the River Elbe along the way. The grassy banks of the river had been transformed by dozens of families and groups of friends having picnics and barbecues. The atmosphere was jovial and happy as we walked in front of the massive former royal palaces. It was a perfect way to spend our last day in the city – at least on this trip.