Over the centuries, Venice has gained a reputation for mystery and intrigue. The city’s masked balls are the stuff of legend, and it’s no surprise that the ‘Bride of the Sea’ is the birthplace of the legendary and unscrupulous seducer of women, Casanova. Despite its watery reputation, this enigmatic city is best experienced by walking its disorienting streets. Frequent diversions after getting lost meant we did more walking in Venice than anticipated.

The beauty of Venice is that, away from busy waterways, there’s no traffic other than pedestrians. In Europe, walking streets without the accompanying roar of traffic is an unusual experience. At night, when day trippers have gone home and the streets empty of people, the silence can be overwhelming. As you navigate through Venice’s dimly-lit web of densely-packed streets, history seems to seep out of the crumbling walls. It’s fantastically atmospheric.

That’s not to say you should avoid the water. A visit to Venice wouldn’t be complete without a few vaporetto rides – although the ticket prices for tourists are extortionate. Still, a trip down the most elegant waterway in Europe, the Grand Canal, has to count as a highlight of anyone’s visit to Italy. We saved that delight for the final day of our trip when, after a couple of days of beautifully sunny weather, it was raining and decidedly chilly.

When the sun shone we strolled, hopped on vaporetto and crossed bridges to explore this extraordinary place. Our time in Venice coincided with the early outbreak of coronavirus in Italy, and the labyrinth of narrow canals, cramped alleyways and pretty squares were noticeably empty. Venice had been handed back to its inhabitants, even if many of them were hoping the tourists would return soon. Instead, the lack of tourists has seen dolphins return to Venice’s canals.

We left our apartment in the Cannaregio district and headed along the waterfront with views to the San Michele Cemetery island, before plunging into the lanes and alleys to reach Campo San Giovanni e Paolo, with it’s enormous church dominating the square and surrounding buildings. A solitary gondolier touted for business that had vanished overnight. We were heading to St. Mark’s Square and popped into a couple of the city’s famed pasticcerias for coffee and pastries. 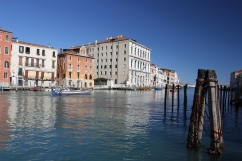 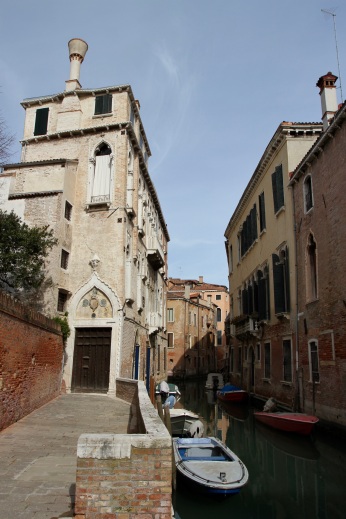 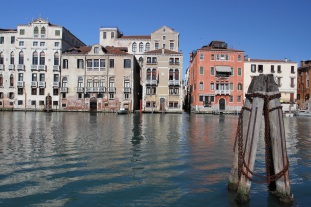 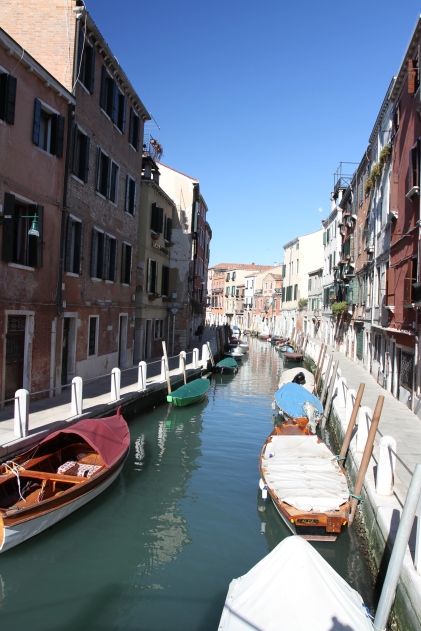 In Piazza San Marco, we were confronted with the bizarre sight of an empty square. It’s normally one of the most crowded places in Venice, but there were more seagulls than people. They were still taking down the seating from Carnival, the final days of which were cancelled a couple of days before we arrived, and a few disgruntled stall holders selling tourist tat were trying to drum up some trade. We strolled in grand isolation.

The Doge’s Palace was closed so we got on a vaporetto to the Basilica di Santa Maria della Salute on the other side of the Grand Canal. The views back to St. Mark’s and across the lagoon to the Church of San Giorgio Maggiore were beautiful. Our stroll took us through the Dorsoduro district, stopping in a few places for Venetian tapas and local wine. The popular Ponte dell’Accademia was remarkably empty of people, if you discount the self-obsessed selfie-taker who was pouting into her camera phone.

Eventually, we found our way through a series of plazas to the Rialto Bridge. Another of Venice’s most famous sights came without the usual tourist crush. Standing on the bridge and looking along the Grand Canal, boats and gondolas plying their trade along the water, was glorious. Thomas Mann described Venice as “Half tourist trap, half fairy tale.” Our Venice fairy tale was that there were no tourists to be trapped.

7 thoughts on “Along the Grand Canal, a stroll through Venice”