When Charles Dickens referred to Washington DC as the City of Magnificent Intentions in the 1840s, he was describing a youthful city still finding its place in the world while undergoing a vast programme of building. Only a couple of decades earlier in 1814, the fledgling capital of a newly independent nation had been burned to the ground when the British returned for a visit during the War of 1812. A little over a century later, those magnificent intentions turned Washington DC into the New Rome.

I’ll never forget the first time I flew into the city. Skimming over the Potomac River to Reagan Airport must be one of the most dramatic entries into any capital city in the world. The contrast between that and my very first visit to DC couldn’t have been more different. We could see the Capitol building from the Greyhound Bus Station where our bus from New York dropped us, but the security guard assured us that the area wasn’t safe. A week earlier someone had been gunned down outside the entrance to the station.

As a naive 18-year old I’d only ever pictured DC and the United States through rose tinted glasses, the reality was very different. At the time this was a city with extremes of poverty and wealth, grotesque levels of inequality and a truly horrific murder rate. Mostly, this was confined to poorer and mainly African American neighbourhoods that suffered high levels of deprivation and a crack cocaine epidemic. It was a shock, but this was the same time as DC gained another nickname, Murder Capital of the United States.

I’ve been back to DC several times, for work, once to run a marathon and once I followed my youthful heart to the terrifyingly wealthy Maryland suburb of Chevy Chase – socio-economically speaking, as far from the Greyhound Station as it’s possible to get. DC comes with a certain reputation, for partisan politics or as the town of the Federal Government with its brash monuments. In reality, it’s a city with world class culture, great food, green spaces and interesting neighbourhoods.

It’s also a city that is vast. Walking the downtown is not advised, especially not in July when you can cut through the humidity with a knife. This particular July I was staying close to Dupont Circle, so deceptively close to the Downtown and National Mall that I decided to walk everywhere. July in DC is how I came to understand why someone would invent air conditioning. To give scale, the walk from the Lincoln Memorial to the Capitol along the National Mall is two miles long. 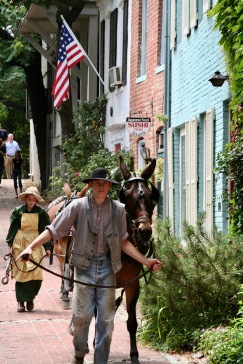 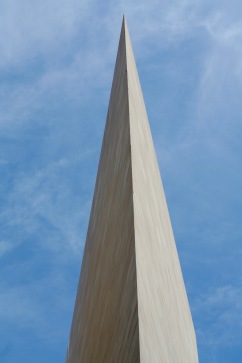 I had some ‘must sees’ on my list, and the delightful thing about DC is that indoors is always air conditioned. The National Gallery of Art is unspeakably good, as are the Smithsonian museums, I chose the Smithsonian National Air and Space Museum. The Holocaust Memorial Museum is one of the most moving testimonies to the Holocaust I’ve seen. I’ll never forget watching a film of the liberation of Belsen and becoming aware of an old man next to me silently weeping as his daughter hugged him.

I also made a pilgrimage to the headquarters of the National Geographic Museum – the magazine that did much to spark my interest to travel and see the world. It had been a long and hot day, and I was exhausted from walking what seemed like the length of the Continental United States. Luckily this is a town where it’s almost illegal not to have an aperitif followed by a good dinner at the end of the day.

You could spend weeks visiting DC’s monuments and museums – the 18 Smithsonian institutions alone have 140 million artifacts – and still only scratch the surface. Along with the political hustle that comes with the city, it feels a bit overwhelming at times. The next day, I decided I needed something a bit more relaxed and after a visit to pay my respects to JFK in the Arlington National Cemetery – bring your walking shoes, this place is massive – I headed to the pleasant streets of Georgetown and lunch at the legendary Clydes.

Georgetown has a history dating to well before colonisation of this region by English settlers and traders, but the modern town dates from the late 18th century, making it one of the most historic districts of Washington. It’s also one of the nicest, with brightly painted wooden houses and leafy streets. I walked off lunch along the Chesapeake and Ohio Canal, which linked the Potomac with the Ohio River when it opened in 1850, before making a mandatory visit to the stairs that featured in the 1973 film, The Exorcist. The perfect antidote to Downtown DC.

7 thoughts on “48 hours in the City of Magnificent Intentions”