It’s easy to understand the allure of Sri Lanka when you see the coastline close to the small village of Mirissa. The beach here, a crescent of golden sand fringed with palm trees, is beautiful and relaxed. Brightly coloured fishing boats launch from the beach and supply the handful of beachside restaurants with fresh fish every day. Watching the sunset on Mirissa beach, a cold beer in hand, is one of my favourite memories from our trip.

It was the perfect place to recover from our close brush with mortality after we stopped in the Sri Lankan countryside to visit the gargantuan Buddha statue and temple complex at Wewurukannala. It was on the way to Mirissa and we thought we’d fit in some culture before arriving at the beach. The site dates back around 250 years, but the 50 metre-high Buddha as its dramatic centrepiece was built in the 1960s.

Sri Lanka’s largest Buddha statue is the main attraction, but it wasn’t the most memorable thing about our visit – not by a long shot. That accolade goes to the journey through Buddhist hell that you have to make before climbing the stairs to the top of the statue. Naraka, the Buddhist version of what awaits those that are condemned to the fiery depths of the infernal regions, is a place you might want to avoid.

In a piece of fiendish one-upmanship, Naraka is not just one place. Buddhism has sixteen different versions of hell, half of which are ‘cold’ hells, the other half ‘hot’ hells. These facts alone tell you that a not inconsiderable amount of creativity has gone into devising the punishment of sinners. Each hell lasts for trillions of years and the misery accumulates as you progress through them.

Hot Maharaurava is known as the ‘great screaming’ Naraka. Fierce temperatures torment the sinful while vicious animals eat their flesh. I’m not sure that’s much better than Avici, where sinners are roasted causing immense suffering. After all that heat, you might think a cold hell would be nicer. Think again. The Padma Naraka features blizzards that crack open frozen skin, leaving naked sinners raw and bloody.

The punishments are graphically and gleefully depicted in the ‘hell museum’ at Wewurukannala. They look a lot like the deranged fantasies of a sadistic religious fanatic who can only take pleasure in the suffering of others. There are people being boiled alive, burned alive, sawn in half, having nails hammered into their heads, and these proceedings are carefully orchestrated by monstrous demons. 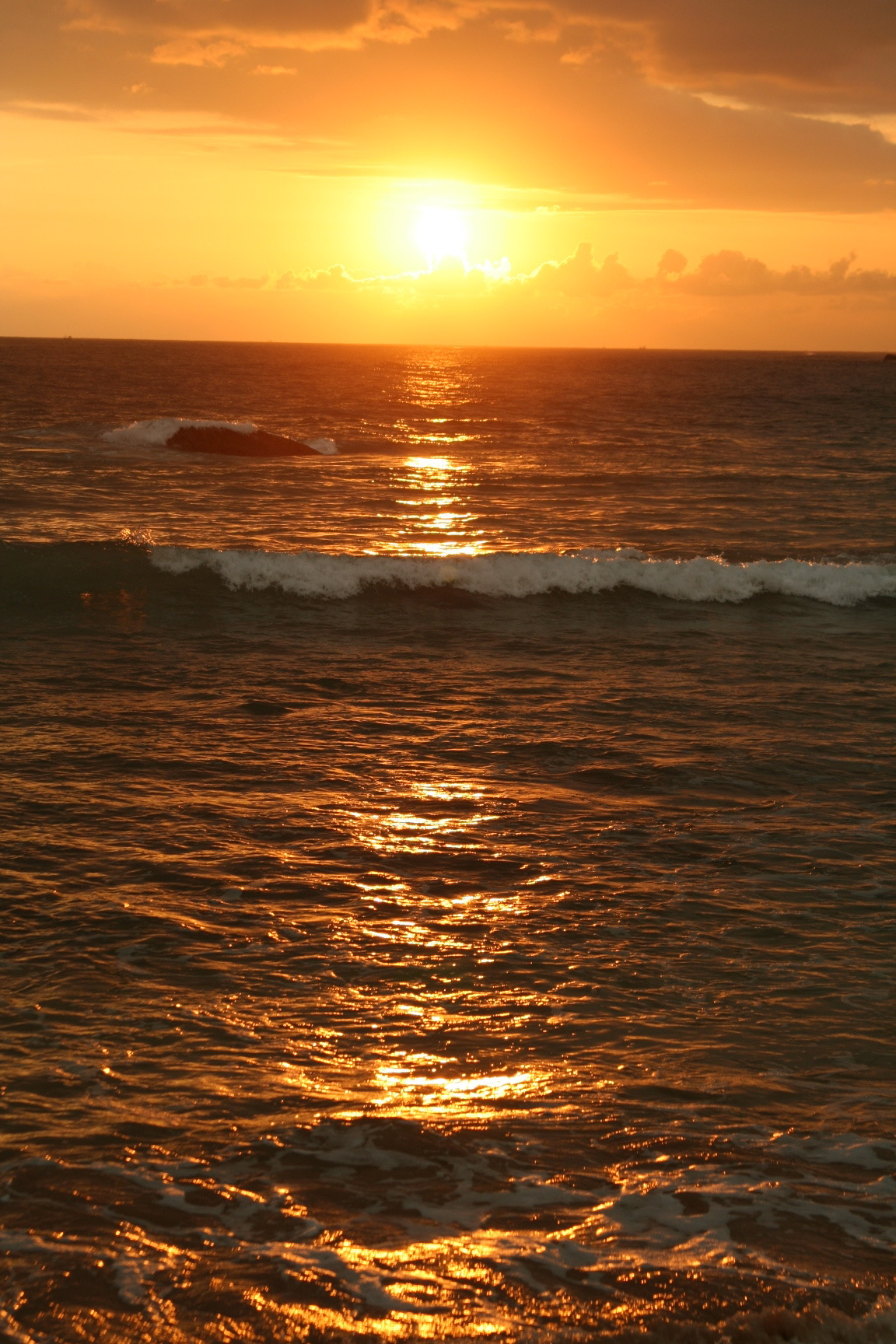 We’d earned the beach after all that suffering, not to mention the hundreds of stairs climbed to the top of the statue. Mirissa was the perfect place to put aside deliberations on which of the world’s religions might offer me the most equitable deal in the afterlife and enjoy actual life. In retrospect, gluttony (delicious seafood and cold beer) and sloth (beachside hammocks) are probably where the downward spiral begins.

When we visited, there were few tourists and only a scattering of guesthouses. Mirissa truly earned the sobriquet of ‘sleepy’. But it is also one of the best places in the world to see blue whales, outside of the season though there was little for us to do beyond eating, drinking and relaxing – no one was complaining. Sadly, this all seems to have changed. Today it has a reputation as a party place – and probable antechamber to one of Buddhism’s 16 Naraka.

Mirissa’s popularity has led to many new beachside developments, and the lush greenery that once fringed the golden sand has made way for a glut of upmarket accommodation. That may have taken away some of its charms, but it still contrasts well with the vast beach of neighbouring Weligama Bay. We made our way there for a day en route to Galle, our penultimate stop in Sri Lanka.

2 thoughts on “Mirissa Beach and a trip into Buddhist Hell”