It’s no surprise that a city like Budapest, with its cutting edge cultural attractions and a long history as an artistic centre, should have some impressive street art. Yet, I was still surprised by the wealth of building-sized art that is scattered across the central part of the city. Their approach is somewhat different to Berlin, where street art still feels a bit underground. In Budapest, the walls are more curated, deliberately transforming the city into a colourful canvass.

This is largely the result of the annual Színes Város Festival, or Colourful City Festival. Since 2014, they have been commissioning artists to brighten up the cityscape, and the festival has endowed central Budapest with some magnificent public artworks. While many of the invited artists are international, the festival has provided a shop window for homegrown talent. The Neopaint collective are particularly well represented.

There are pieces of art all over the city, but the epicentre is the Jewish Quarter. Here, the many dilapidated buildings that once typified the area have seen a rebirth in recent years, street art has helped. It’s just a shame that the very first artwork I spotted was an enormous piece commemorating an epic (for Hungarians) football match of 1953. Known as the Match of the Century, this was a stunning and unexpected 6-3 victory over England at Wembley Stadium.

Over the road is an artwork commemorating another epic Hungarian success, the Rubik’s Cube. The 1974 invention of sculptor and professor Erno Rubik was a form of torture to people of a certain age. I must have spent days of my life trying to crack the secret of Rubik’s Cube as a teenager. They were the ‘must have’ accessory of an entire generation. I can’t say I ever managed much success against the fiendish Cube, but the artwork was a welcome reminder of more innocent days. 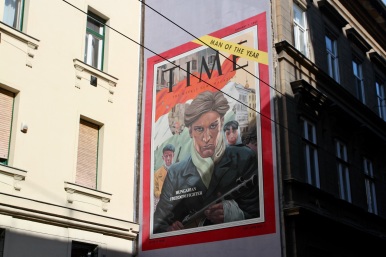 Man of the Year by Neopaint, Street Art, Budapest, Hungary 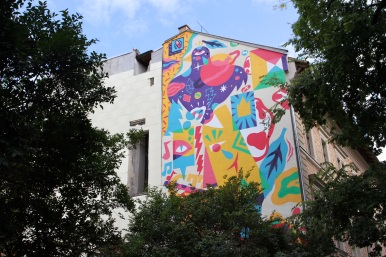 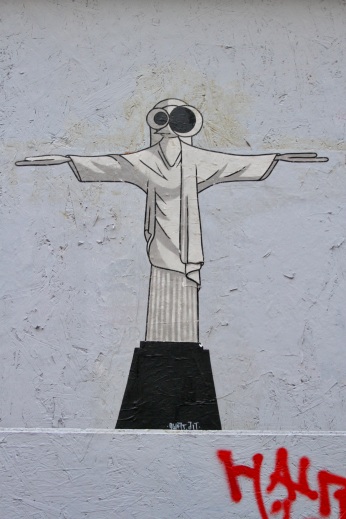 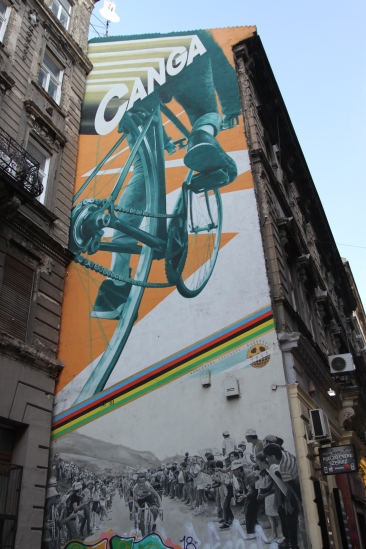 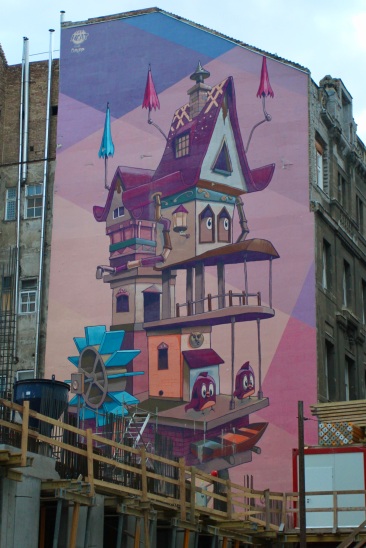 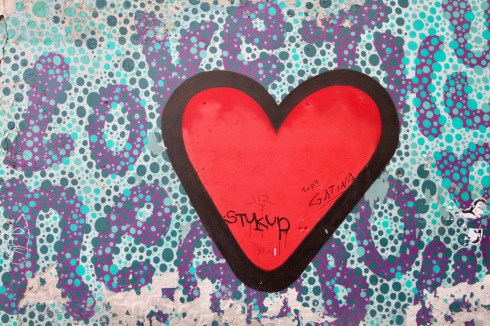 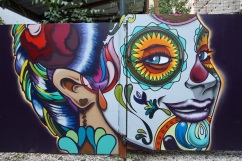 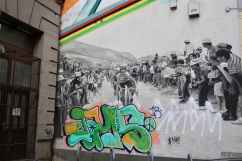 A few streets away, we came across a giant painting of the cover of Time Magazine. I hadn’t known before but, in January 1957, Time announced the ‘Hungarian Freedom Fighter’ as Man of the Year for 1956. This followed the violent suppression of the Hungarian Revolution by its own Communist government and the occupying forces of the Soviet Union. It’s an interesting reminder of some of the terrible things that these streets have witnessed.

Another poignant reminder of the history of Budapest’s District VII  can be found on Akácfa street. A giant mural of a seamstress looms over pedestrians below, the Hungarian word Szabómesterek, or master tailor, ‘sawn’ on the wall below. Tailoring was one of the major Jewish professions in pre-Second World War Budapest, and this piece in the heart of the Jewish Quarter is a reminder of the huge human and cultural loss experienced in Hungary between 1941 and 1945.

Further down the street are a number of other artworks that look like watercolours of master painters. There’s also an large piece depicting a cycle race. My favourite, a few streets away and next to the excellent Kőleves Vendéglő restaurant, is of a massive cow in a purple tracksuit eating a forkful of grass. I couldn’t find much information on it, but it has something to do with traditional Hungarian foods.

The giant murals may be the most impressive part of Budapest’s street art scene, but I came across a number of fun, thought-provoking ‘dolls’ made as collages from fashion magazines or Instagram pictures that I really loved. These are the work of a fashion designer and street artist known as Miss KK. These witty pieces are worth looking out for if you’re wandering around Budapest.