I’m regularly impressed by the way Germany continues to openly confront its 20th century history, whether the horrors of National Socialism or the divisions of post-war communism. Some might say that the scale of the crimes committed by the Nazis make it impossible to do otherwise, that a defeated and occupied Germany after 1945 had little choice but to account for the crimes committed in those terrible few years, but it’s rare to find such honesty in a European nation.

Consider Britain’s role in perpetuating centuries of human suffering when it controlled the Transatlantic Slave Trade. Twelve million Africans were enslaved and shipped to the Americas, the consequences of which continue to haunt all three continents to this day. You’ll be waiting a long time to hear a similarly honest recognition of those crimes in British public life. Historical denial, and a longing for a fictional past when half the world map was coloured pink, is one cause of Brexit.

It’s almost impossible to imagine a piece of street art adoring the side of a building in London similar to the giant artwork, The Unforgotten, by Belgian-American artist Nils Westergard found on Berlin’s Bülowstrasse. This striking image is of Walter Degen, deported to Auschwitz and later Mauthausen concentration camps for being homosexual. The bright pink triangle, the symbol the Nazis forced gay men to wear, illuminates the grey camp uniform.

At the bottom of the image, railway tracks enter the gates of a concentration camp. This piece of art is fittingly in the Schöneberg district, a neighbourhood that’s home to many gay run and gay friendly businesses, bars and restaurants. It’s also home to the best burger in town, but that’s another story. Like the epic, Refugees Welcome, this is a strand of ‘artivism’. Yet again, it’s part of Urban Nation’s One Wall project, known as One Wall – One Message. 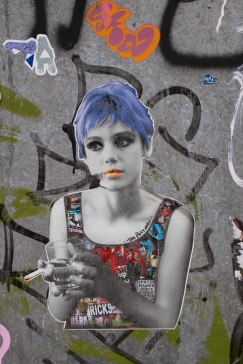 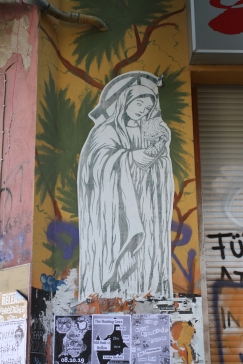 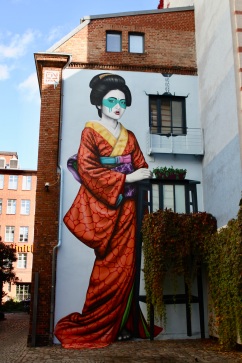 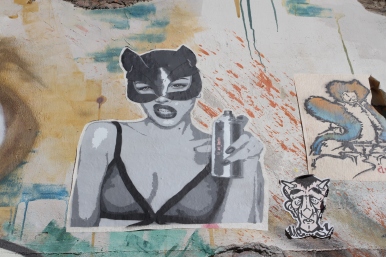 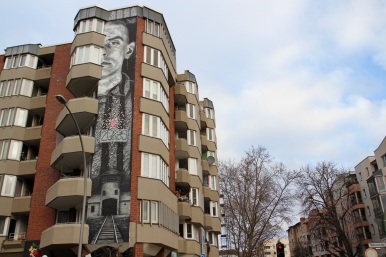 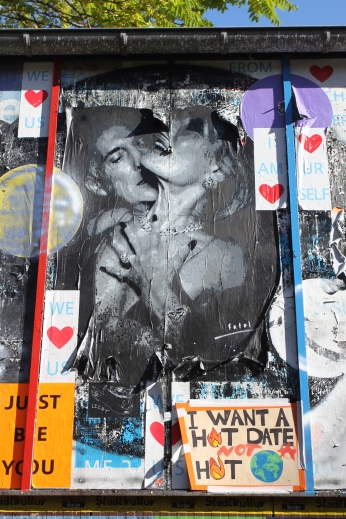 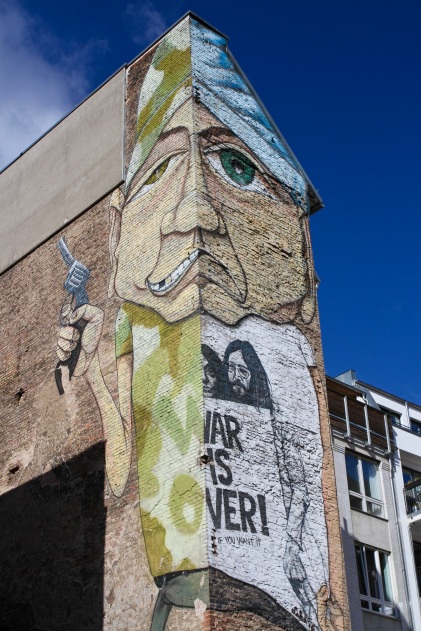 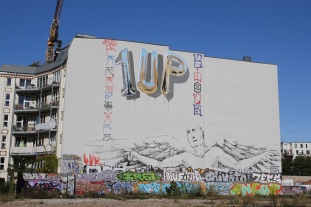 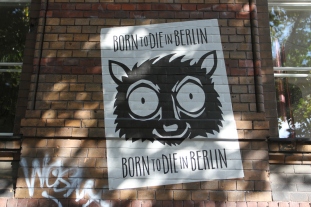 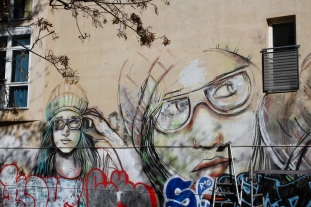 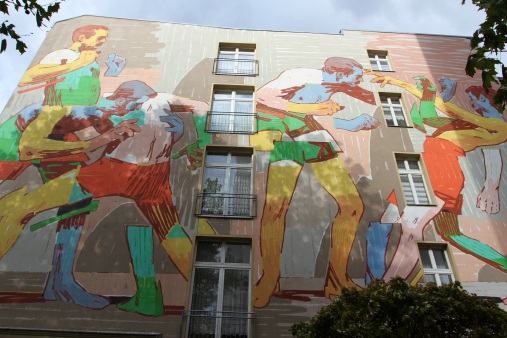 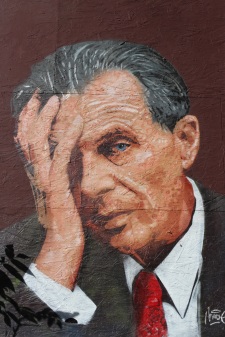 Bülowstrasse is the epicentre of Urban Nation’s world, and it’s a fascinating area with an ever-changing collection of street art to explore. It was along here that I came across several pop art-like pieces of poster art by The Postman collective. In this case the postman rang three times, not twice. There’s also plenty of street art to be found along Köpenicker Strasse, which runs through the anarchist-chic Kreuzberg district. In fact, there seems to be a bit of a street art revival along here.

Walking through this district is also a handy route to reach my favourite Mexican bar-cafe, Ta’Cabrón Taqueria – an ideal way to combine a love for Mexican food and street art. It was while wandering down this road that I came across the amazing Engeika by Irish artist Fin DAC. This is a deceptive piece, merging with the surrounding walls and ground so that it becomes tricky to know what’s real and what isn’t. It’s also very colourful, making it easier to spot.

It was along this stretch of road that I came across a piece that caught my eye thanks to the words, ‘My First Pride Was A Riot’. This is the only art I’ve found by US-based queer artist, Hugo Gyrl. It seemed fitting to have this positive message about sexuality and diversity in the same city that commissioned Nils Westergard’s The Unforgotten.