It’s the first day of January, 2022, and I’m sitting in Brussels trying to get a mental grasp on the year that has just passed. Easier said than done, much of the year seems fuzzy and all too easily confused with 2020 in my mind. Yet some facts are clear. This time last year we were in a hard lockdown in Berlin that would last for months, vaccines were still only wishful thinking, and I had just signed a contract that meant relocating to Brussels as soon as feasible.

The pandemic saw to it that ‘as soon as feasible’ ended up being almost eight months, much of which involved being cooped up in Berlin under varying levels of lockdown severity. Freedom of movement-ending pandemics aren’t very good for travel blogs, but Berlin is a big city with a history like no other and became a rich canvas of exploration. Lockdown meant we walked far more of the city than we might otherwise have. 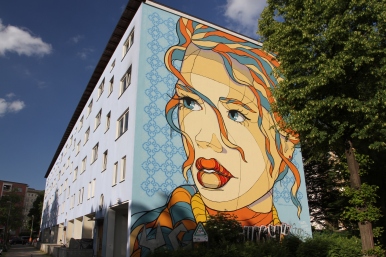 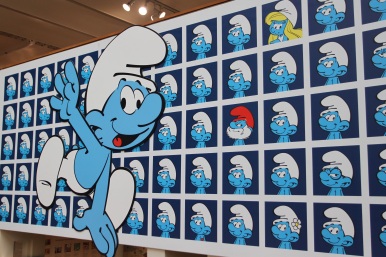 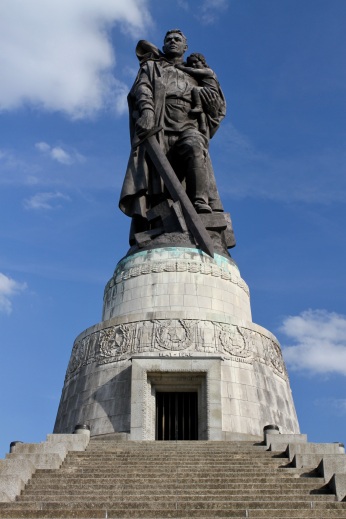 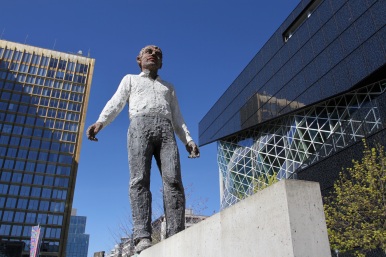 When vaccines and summer finally arrived, we were able to do some trips. These were mostly in Germany, but also to Belgium as we planned our move and, once we were settled in Brussels, we were able to take a trip to France. Yet, it’s notable that I’ve posted far less this year than previously, even than 2020. In fact, in the ten years since starting this blog, 2021 saw the fewest posts ever.

That though is not only the result of a devastating pandemic. The demands of the new job have meant that I’ve had far less time to either explore our new home, or to sit down and write – we spent several lovely days in Provence during autumn that remain at the draft stage. Maybe 2022 will provide more free time. Maybe not. If nothing else, it should at least give us opportunities to roam around our new country. 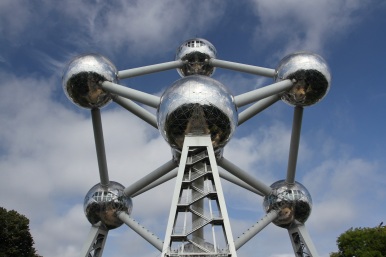 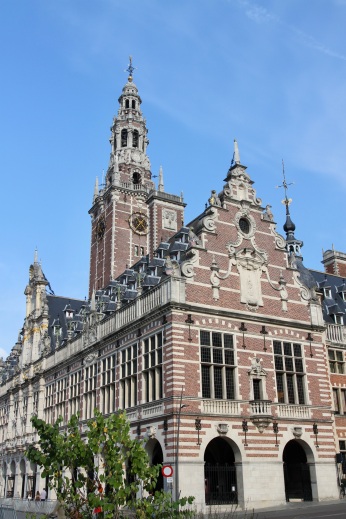 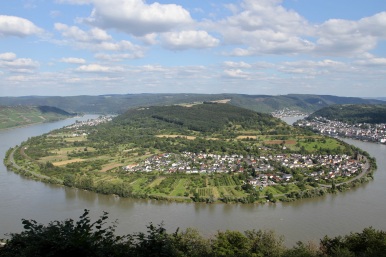 View over the Rhine, Boppard, Germany

Even though Brussels is the unofficial capital of Europe, Belgium is a small and often overlooked country, all too easily dismissed in chocolate, beer and frites cliche. Yet, it is full of history and, as our few outings to nearby areas have proved, has many surprises up its sleeve. After visiting Boppard on a road trip to Belgium, I’m glad we’ll have easier access to the Rhine region of Germany. Brussels is far closer than Berlin.

Quick and regular trains to Paris and exploring further afield in France is something to look forward to, not to mention revisiting our old lives in the Netherlands. Top of my list for 2022 though, is hopping on the Eurostar and going back to the UK. It has been three years since I last went home, it’s a trip long overdue. Berlin is definitely on the cards. Who knows, it may even be possible to travel outside of Europe. 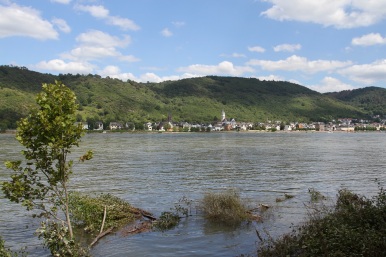 Kamp-Bornhofen on the Rhine, Boppard, Germany 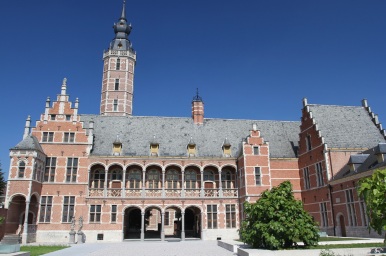 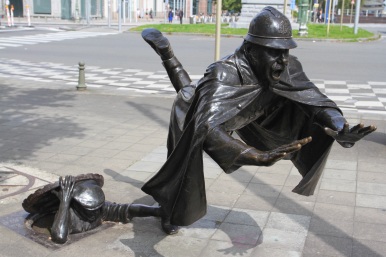 Leaving a place you’ve grown to love is never easy, and Berlin was doubly bitter-sweet due to the limitations imposed by the pandemic for half of our three years there. It allowed me to visit all six early 20th century Modernism housing estates that are one of Berlin’s UNESCO World Heritage Sites, not to mention that other UNESCO listed site in and around Potsdam.

South of Berlin, a highlight was exploring the Slavic Sorbian culture in the remarkably well-preserved medieval town of Bautzen. A trip that allowed us to get a better understanding of the consequences of the post-Second World War settlement along the German/Polish border in Görlitz and Bad Muskau, as well as popping over the border to wonderful Wroclaw, the once German town of Breslau. 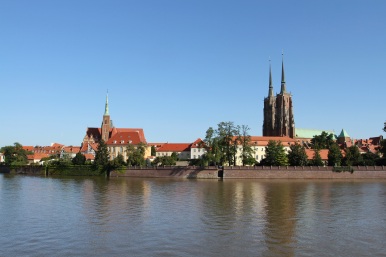 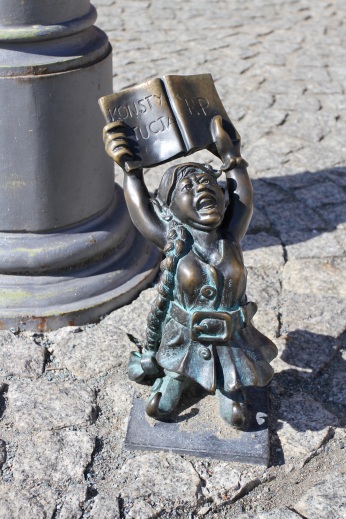 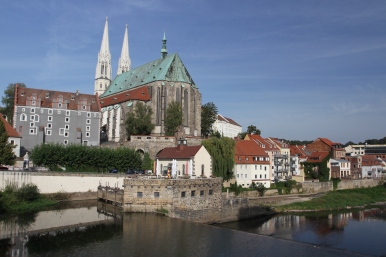 A visit to the magical Harz Mountain region of Lower Saxony and Saxony Anhalt proved yet again just how much history there is in Germany. Using the gorgeous medieval town of Quedlinburg as a base, we were able to visit Goslar, once the capital of the Holy Roman Empire, and Wernigerode. Our one-way trip to Brussels at the end of July took in a string of historic Thuringian towns: Weimar, Erfurt and Gotha.

Since then we’ve been getting better acquainted with Brussels life and culture. It was strange arriving here in August to find a city that felt deserted. The cliche about European holidays in August is true in Brussels. We used our time to discover some of the other fascinating and historic nearby towns of Mons, Tournai, Leuven and Mechelen. This year the North Sea Coast and the Ardennes await. 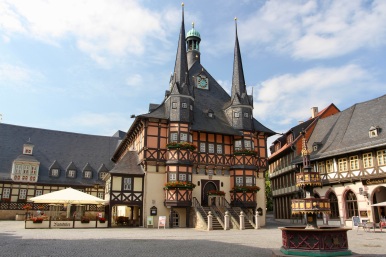 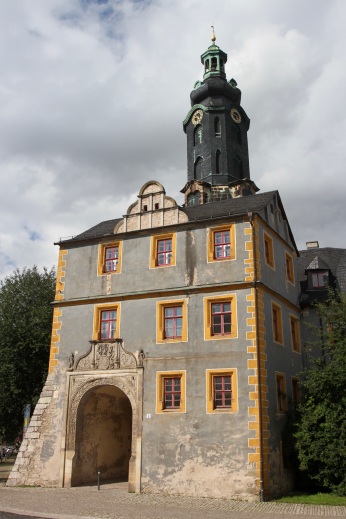 It seems like a lifetime ago, but at the end of September we took the odd decision to drive all the way to Provence (it seemed the nearest place that was likely to have sunny weather). We based ourselves in Avignon, the former home of Popes, and had a lovely time exploring the nearby countryside and small towns. I hope to finally write about it in coming weeks. Until then, here’s to a much improved 2022.

7 thoughts on “Berlin to Brussels, 2021 in the rear view mirror”