Spend a couple of days admiring Lille’s glorious historic centre, with ancient buildings, chic boutiques and truly world class cultural institutions. Then picture the 19th century city as it was transformed by the Industrial Revolution into a grim and gritty industrial city famed for its textile mills, machinery factories and chemical plants, giving rise to great wealth and even greater poverty. The two ideas of this city seem incompatible.

It took the terrible industrial decay of the second half of the 20th century for Lille to rise phoenix-like from the ashes of its industrial past, eventually reinventing itself as one of France’s most exciting cultural destinations. It’s a truly remarkable achievement, given extra energy by hosting France’s largest university and somewhere in the region of 67,000 students.

The medieval town centre, known as Vieux Lille, is a small but beautiful maze of winding cobbled streets that lead out from the Grand Place with its ornate 17th-century Renaissance buildings, including La Vieille Bourse, the old stock exchange. Just behind here is the Chamber of Commerce with its Belfry, and the lovely looking Opera House. Although the area gets busy, wandering around these streets is fascinating.

The wonderful thing about this area is that much of it is pedestrianised, which makes the experience much more relaxed. The streets are packed with cafes and restaurants, and even in early spring it was possible to sit outside for coffee or one of the region’s famed beers. It didn’t take long before we found ourselves standing in front of the unusual facade of the Cathédrale Notre-Dame. 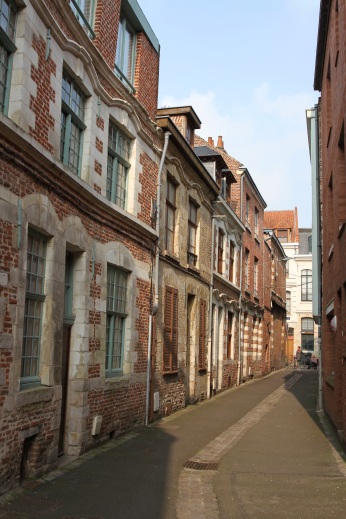 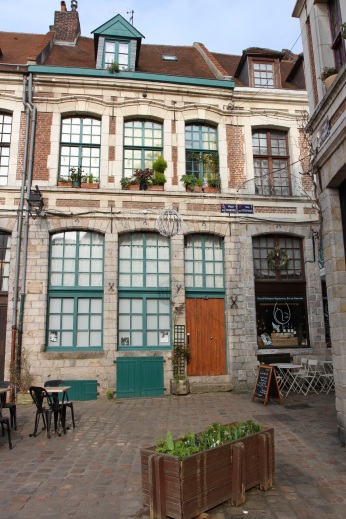 Lille cathedral dates from the 19th century but was designed to look older, a rival to those gothic masterpieces in Reims and Chartres. Mostly it accomplished that goal, except that funds ran dry and it was only finally finished in the 1990s, when the modern horror of its facade was added. It was probably cutting edge at the time, but today it just looks like a mistake. The interior is very nice though.

We had lunch at an outdoor table in front of the cathedral before heading to the Belle Epoque château that hosts one of the county’s finest art collections, the Palais des Beaux Arts. This is often said to be one of the richest art collections in France, where you can find Flemish Old Masters, including Rubens and Van Dyck, alongside Delacroix, Picasso, Rodin, Renoir, Manet and Monet. 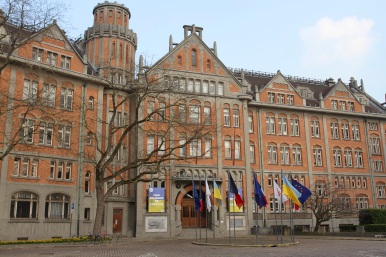 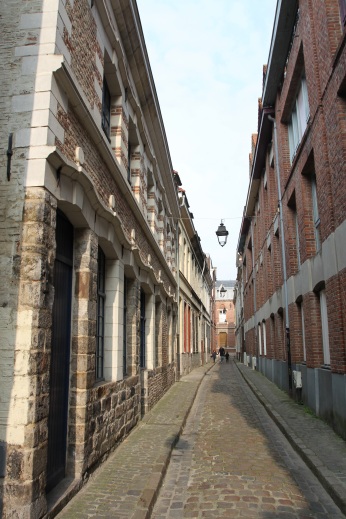 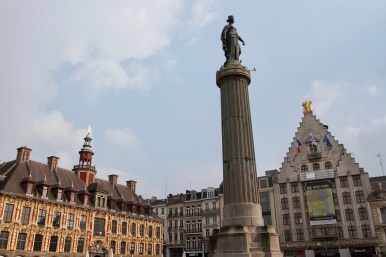 Almost as glorious is what awaits in the basement: massive relief models of fortified towns in northern France and Belgium built by Vauban, Louis XIV’s greatest military engineer, in the 17th century. He’s responsible for Lille’s star-shaped citadel. The reliefs are amazing, as are the huge coloured glass chandeliers that grace the entrance hall of the museum. Even better, it was the first Sunday of the month and entrance was free.

Lille for all its many historic attractions, has only one UNESCO World Heritage site, the Beffroi de l’Hôtel de Ville. It is part of the larger ‘Belfries of Belgium and France’ UNESCO listing, but was surprisingly built between 1924 – 1932. At 104m high, it certainly makes an impression. Nearby is the Porte de Paris, Lille’s very own Arc de Triomphe built in the 17th century to commemorate Louis XIV’s capture of the city.

Our weekend in Lille was coming to an end, but there was one final thing I wanted to see: 9 Rue Princesse. This is where the architect of France’s Fifth Republic and President between 1959-1969, Charles de Gaulle, was born in 1890. Now a museum to the man who led French resistance during the Second World War, I timed my arrival just as a huge tour group rocked up. I decided I’d come back another time. Lille is only 25 minutes away after all.